A Federal High Court says it will on January 29 rule on the bail application by Mr Nnamdi Kanu, the leader of the Indigenous People Of Biafra. 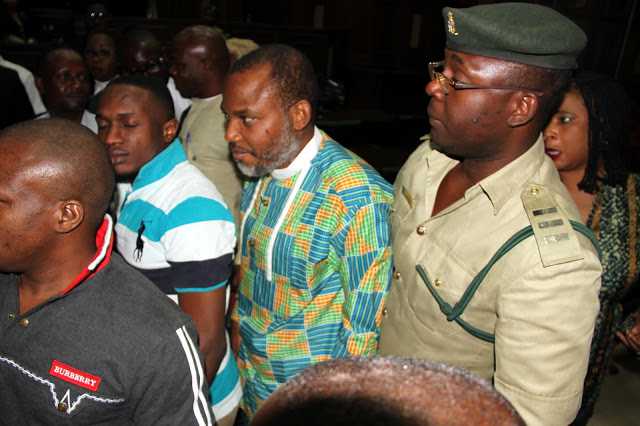 At the hearing today Monday 25:1:2016, Mr Kanu, through his counsel, told the court that the offense for which he was standing trial was a bailable one.

However, the Director of Public Prosecution, who represented the Federal Government, asked the court to refuse bail on the grounds that the offence for which Mr Kanu and his co-accused were standing trial was a serious offense. 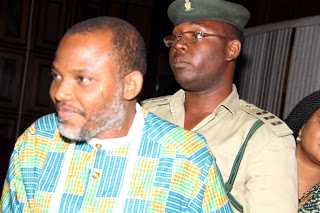 He also told the court that if granted bail, the accused would interfere with witnesses and evidence.

Having heard the two parties, the trial judge fixed the ruling on the bail application for January 29.

It will be recalled that same Federal High Court in Abuja, on December 17, 2015, ordered the Department of State Service, DSS, to forthwith, release ‎the detained ‎leader of the Indigenous People of Biafra, IPOB, Mr. Nnamdi Kanu.‎

Ruling on the fundamental right enforcement suit Kanu lodged before the high court, Justice Ademola Adeniyi, said there was no basis for the applicant to remain in custody since there is currently no charge pending against him.

The court stressed that Kanu is entitled to his right to liberty as enshrined in section 35(1) (4) and (5) of the 1999 Constitution, as amended.

According to the court, the continued detention of Kanu after two months without trial, violates Section 158 of the Administration of Criminal Justice Act 2015 and Section 35 of the 1999 Constitution. 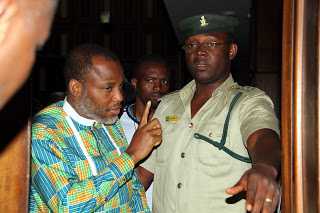 Justice Ademola said there was no law permitting the DSS or any other security agency to detain any Nigerian beyond two months without any concrete move to try such person before a competent court.‎

The judge said available facts before him showed that the DSS was not minded to release Kanu on bail‎.‎

He therefore ordered the DSS to immediately grant ‎unconditional bail to the applicant.