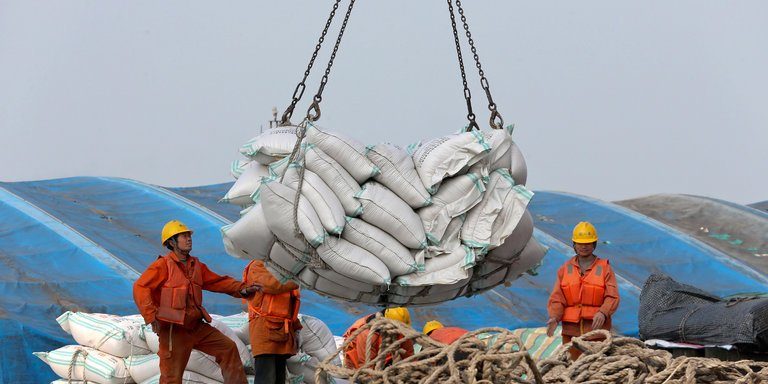 The Trump administration took a direct hit at China on Tuesday for its trade practices, detailing more than 1,300 imported goods from the country that would face a 25 percent tariff. About $50 billion worth of imported Chinese goods will be subject to tariffs, including flat-screen televisions, medical devices and aircraft parts.

China then struck back at the United States with its own tariffs, also worth $50 billion. Those tariffs, on 106 types of American goods, take direct aim at the farm belt and manufacturing hubs, both big bases for President Trump.

[READ MORE: How the administration imposed tariffs and how China retaliated.]

The Trump administration is fighting back against China’s trade tactics.

American companies have complained that they don’t have a level playing field with their Chinese counterparts. The Chinese government provides big subsidies for its homegrown players, as part of a broader state-led plan. The country has taken advantage of gaps in international rules or hasn’t bothered to follow them.

China has been particularly aggressive in the high-tech realm. It has forced American companies to hand over technology or form joint ventures, in exchange for access to China, the world’s second largest economy. Some American companies contend that Chinese players have stolen their secrets outright.

China is defending its industrial policy and economic power.

One area of concern for the United States is China’s ambitious agenda called Made in 2025. Under that plan, Beijing aims to dominate cutting-technologies like semiconductors, artificial intelligence and electric cars. China is putting huge resources behind this industrial policy, which it sees as crucial to its economic future and its national security.

Both countries are getting ever more protective of these industries. In the United States, regulators are increasingly blocking Chinese companies from buying American assets, as Congress considers beefing up its rules around foreign acquisitions.

In many ways, the United States and China have been waging a cold war over technology — one that is now escalating and threatening to spill over into the global economy.

Stock markets sank Wednesday over the prospect that a trade war between the United States and China could crimp growth in the global economy — or disrupt the worldwide supply chain.

If the tit-for-tat conflict intensifies, it not only could hurt the economy, but the entire global trading system. The World Trade Organization, which governs the rules of trade, looks increasingly vulnerable. It is part of a broader assault on the post-World War II order that has promoted democratic ideals and international trade, as a way to prevent broader conflicts.