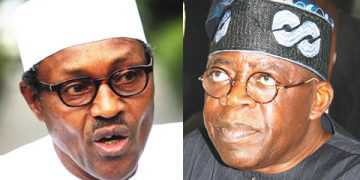 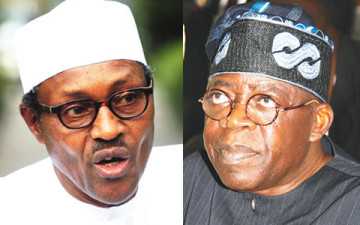 Prominent Christians in the country’s biggest opposition party, All Progressives Congress, are threatening to quit the party over an alleged plan to field a Muslim/Muslim presidential ticket. There has been speculation in recent times that power brokers in the party have concluded plans to present a Muslim/Muslim ticket for the 2015 presidential election.

But Sunday PUNCH gathered that some leaders of the party, who are Christians, are insisting that the party should present a Muslim/Christian ticket through a primary election or they would leave the party.

The leaders also kicked against a consensus candidature, which they described as an imposition by a section of the leadership.

There were reports last week that the hierarchy of the party had concluded plans to field a former Head of State, Gen. Muhammadu Buhari (retd.), and a former Governor of Lagos State, Bola Tinubu, as the party’s presidential candidates through a consensus arrangement.

Both Buhari and Tinubu are Muslims.

Even though the party, through its spokesman, Mr. Lai Mohammed, has denied the plan to present a Buhari/Tinubu ticket, it has not stopped prominent Christian members from protesting and threatening to quit the party.

It was further learnt that those angry with the leadership of the party included members who defected from the Peoples Democratic Party to the APC.

Five PDP governors, 37 members of the House of Representatives and members of the defunct New PDP, a breakaway faction of the PDP, had dumped the ruling party for the opposition party in 2013.

Majority of the Christian leaders, who spoke to SUNDAY PUNCH on Friday, described the alleged plan to field Buhari and Tinubu as the party’s candidates as “unfair and inconsiderate.”

A top Christian official of the party, who spoke to one of our correspondents on the condition of anonymity, said aspirants should go through a primary election and the party must present a Muslim/Christian ticket to the electorate.

“They have been nursing the plan for long and they are close to hatching it. Any Buhari/Tinubu or Muslim/Muslim ticket may mark the end of the party. It will be an insult to us the Christians and we will not hesitate to leave their party for them,” the source stated.

Another aggrieved top shot of the party, who also pleaded anonymity, said although Buhari and Tinubu had not made their intention to contest known, the alleged plan was already creating tension in the party.

“That is what they want to do and we will not agree with it. A lot of us are aware but nobody wants to speak out yet. It is an open secret; everybody is aware. There is a massive reaction against it from all corners. Even APC members in the United Kingdom and America are protesting. Christian leaders in Nigeria have been calling us to say they will not support a Muslim/Muslim ticket.

“They stand the risk of splitting this party if they are not careful. This is a very sad development. The Peoples Democratic Party will take advantage of it. Some people that joined us from the PDP are already threatening to go back because of this Muslim/Muslim ticket controversy,” the source stated

Similarly, the first civilian governor of Edo State, John Odigie-Oyegun, who is a prominent member of APC, told SUNDAY PUNCH on Friday, that a primary election must take place to elect candidates.

He said, “I know the party has been discussing this issue (ticket) and we are in the process of setting up our structures. It is for the people to decide; not even the national executive can take that decision. We must have primaries. Even if there is only one aspirant, we will still conduct a primary election to confirm the aspirant. It is impossible to impose. Who can impose? With the way the party is structured, it won’t be easy for anybody to impose.”

A former Minister of Aviation and member of the APC, Mr. Femi Fani-Kayode, had on Monday warned the leadership of the party against fielding Muslims as both its presidential and vice-presidential candidates in the election.

He said, “I have said it privately in countless political meetings and I will say it publicly today. Please mark it, the biggest mistake that my party, the APC, can make is to field a Muslim/Muslim ticket in the 2015 Presidential election. If we do that, we will not only offend the Christian community but we will also lose the election woefully.”

However, a former Minister of the Federal Capital Territory, Mr. Nasir el-Rufai, in his response to Fani-Kayode on social media, said the APC would present an integrity-competence ticket and not one based on religion. “Politics and governance are not to be mixed or dictated to by any religion,” he stated.

El-Rufai added, “The APC will present to Nigerians the best persons with the integrity, capacity and competence to create jobs, fight corruption and rebuild our nation without discrimination.

“How these persons worship the Almighty God is private to them and does not matter  to  discerning Nigerians, particularly young people that suffer most from bad governance, unemployment and the Jonathanian culture of impunity.”

Speaking to SUNDAY PUNCH on Friday, however, Fani-Kayode advised those nursing the plan to forget about it.

He said, “Presenting a Muslim/Muslim ticket for the 2015 presidential election no matter how cleverly rationalised, defended or justified in the pursuit of an ideal or in the name of political correctness, will be a terrible insult to the 80 million Christians that are part and parcel of this country and it will result in their voting, en masse, for another party.”

He said present-day politics was different from that of 1993, when a Muslim/Muslim ticket won the presidential election. He warned that Christians should not be taken for granted or sacrificed “on the altar of political expediency.”

“Any party that seeks to do that ceases to be a political party and can be better described as a religious cult and no Christian worth his salt can or will ever be a member of such a cult. I will not be a party to such and I will leave if they are not comfortable with the truth.” the ex-minister stated.

Another Christian leader of the party, who did not want his name mentioned, on Friday said the party risked disintegration, if the leadership decided to present its candidates through consensus arrangement. He said all aspirants should be offered a level–playing field.

“If they pick Buhari as the consensus candidate, or even if he wins in the primary contest, and he picks a Muslim running mate, what do you think would happen? Do you think the Christian leaders in the APC would sit back and take that?

“The PDP would attract all these people and President Goodluck Jonathan will come back. They think they can use religion to defeat Jonathan but every Christian will leave the APC.”

In a related development, the Christian Association of Nigeria has faulted a Muslim/Muslim ticket for the presidency. It said the norm was that a Muslim would pick a Christian running mate.

The General Secretary, CAN, Rev. Musa Asake, said, “If you look at the composition of the APC right now, they are strictly a Muslim party. When late Chief MKO Abiola ran for presidency (in 1993), he was a Muslim and he chose a Muslim running mate. Sections unanimously voted for him without complaints. But you won’t get such from the Muslims. They want us to follow them, whether we like it or not.

“They are changing the politics in Nigeria but we are not going to go in that direction again. They should be very careful.

Speaking through the former National Publicity Secretary of the defunct Congress for Progressive Change, Mr. Rotimi Fashakin, Buhari said there would be no imposition in the APC.

He said, “Everything is still very speculative. If you look at how late Chief Obafemi Awolowo played his politics, he didn’t take all these religious balances into account. He went for the best candidates in his time.

“It was during the 2011 elections that religious intolerance and religious politics was raised to a very feverish height in this nation.”

Efforts to reach the Interim National Publicity Secretary, APC, Lai Mohammed, were abortive as his telephone line was switched off, while a text message sent to him was not replied.