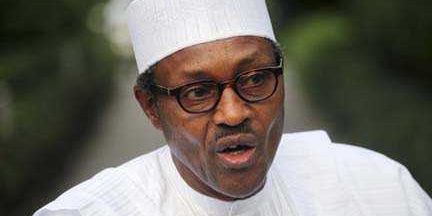 (APC) marched on the Independent National Electoral Commission (INEC) on Thursday to underscore the need for justice for all Nigerians.

The march, according to him, was also to drive home the point to those in charge to be courageous to punish those who made mistakes in the November 16 Anambra Governorship Election.

Buhari who spoke during a reception in honour of Oluwaseyi Tinubu, son of a National Leader of APC, Asiwaju Bola Tinubu, in Abuja, said that although he was advised against participating in the protest, he ignored the advice because he was on a familiar ground..

The gathering was organized to mark the call to the Nigerian Bar of the younger Tinubu.

The ex-Head of State said that was the third time he would participate in such a protest against electoral malpractice.

He said he was happy that the Nigerian elite are just realizing that Nigeria is in trouble if it could not conduct free and fair elections.

Buhari said: “What we did on Thursday to get into that bolekaja (lorry), which I believe would not cost much even if it was smashed by the police or the military, was to ensure justice. We wanted to ensure that those who made mistakes are properly punished, those who have not made mistakes are freed and they resume their lives.

“It was a very shrewd decision to get such an old vehicle and pack us inside it. I was advised by some of my colleagues not to be there. Maybe they thought the police would shoot us and I believe the police were much wiser, that shooting would not have stopped us. We congratulate them for showing some restraints.

He recalled the first occasion when the late Dr. Chuba Okadigbo was tear-gassed.

“The second time if you could recall, myself, the late Chukwuemeka Odumegu-Ojukwu, Tunde Braithwaite and a few of them were tear-gassed here in Abuja. So this is the third time I was out.

“So, those who advised me showed a lot of fear but I said well this is a well known ground for me, I will go again. So I went and I got off lightly. “

“From now, whatever you do or say, once they mention Bola Tinubu you are exposed. So you have to be watching your back all the time that you must not only keep the honour of the profession but the honour of your family and the background.”

A former Speaker of the House of Representatives, Alhaji Aminu Bello Masari, who also took part in the rally, said the action was taken to make Nigeria better.

Governor Raji Fasola of Lagos State said the responsibility of being a lawyer requires a lot of discipline.

“Those were the words with which I was called to the Bar 25 years ago and those are words that I have found useful. I will lend them to you again tonight hoping that you will pass them on in about 25 years.”

The Speaker of the House of Representatives, Alhaji Aminu Tambuwal, said: ” “You are from a noble family but you have just joined a noble profession. You are from a noble family what you have done is to continue to carry the torch – the torchbearer of a family that is noble. Sustain the good name of Asiwaju Bola Ahmed Tinubu who I am sure you know is a leader in this country worthy of his name.”

Oluwaseyi, who was overwhelmed with tears while thanking all the guests, was later joined by his mother, Senator Oluremi Tinubu.

The occasion was attended by the crème-de-la-crème of the society including the National Chairman of APC, Chief Bisi Akande; the National Secretary of APC, Alhaji Tijani Tumsah; a former Minister of FCT, Mallam Nasir el-Rufai; the National Publicity Secretary of APC, Alhaji Lai Mohammed; the Governor of Ogun State, Senator Ibikunle Amosun, who was represented by the Secretary to the State Government, Chief Taiwo Adeoluwa; Senator Gbenga Ashafa, Alhaji Mutiu Are, a former Commissioner for Finance in Lagos State.