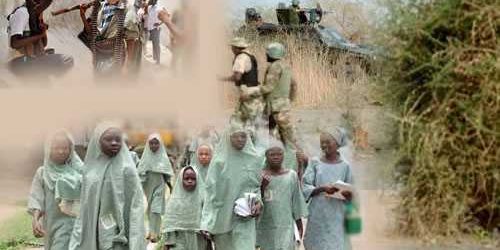 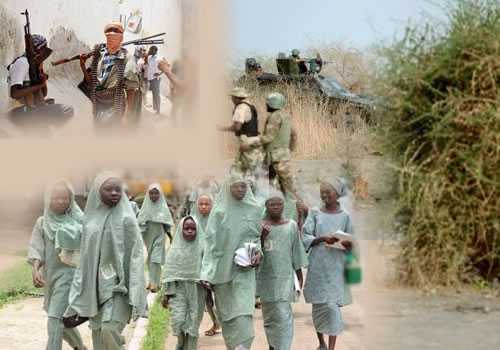 The Chief of Defence Staff, Air Chief Marshal Alex Badeh, said yesterday that the military would not use force in the rescue of the abducted students of Government Girls Secondary School, Chibok, Borno State. Badeh gave this assurance while speaking to members of the Citizen Initiative for Security Awareness, CISA, an NGO, who were on solidarity campaign to the Defence Headquarters in Abuja.

“We want our girls back, I can tell you that our military can and will do it, but where they are held, can we go there with force? “Nobody should say Nigerian military does not know what it is doing; we can’t kill our girls in the name of

trying to get them back.

“So we are working, the President has empowered us to do the work, anybody castigating the military, definitely there is something wrong with him.

“The good news for the parents of the girls is that we know where they are, but we cannot tell you. “We cannot come and tell you the military secret, just leave us alone, we are working to get the girls back,” he said.

Badeh revealed that the fight against insurgency was quite different from full scale war, adding that “if we are fighting an external war, they would have been begging us to withdraw.”

According to the CDS, the Nigerian military has proved its worth in the civil war; we returned democracy back to Liberia and Sierra-Leone. On the operation in the North-East, Badeh said that the military was fighting its fellow brothers.

“We are not happy at all because we are killing our own kinsmen and we are killing mostly the youths. “We cannot afford to eliminate our youths, who are we going to hand over Nigeria to, we can’t kill them,” he added.

“So, we are using our lives to defend the democracy, democracy must thrive in Nigeria, whether anybody likes it or not. “People have finally realised that you don’t have another military than this one and it is either you support your military or you are looking for anarchy.

“This war should not be fought by the military alone, but by all Nigerians. Nigeria is at war and everybody must put hands on deck. “So, if you can’t do anything else, but you have mouth to support the military, don’t disparage it because you don’t have another one.”

On the recovery of arms and ammunition by the military in various parts of the country, the CDS said the arms are alien to the Armed Forces. He said that some foreigners were supporting the insurgents, adding that the President had said there was Al-Qaeda in West Africa.

“I know that people from outside Nigeria are in this war, they want to destabilise us. “This is our country and some people are standing with the forces of darkness; we must savage our country and bring sanity back into our nation.”

Earlier, the group’s Coordinator, Chidi Omeje, said they represented ordinary Nigerians on the street who realised that no nation could stand on its own without a strong military. He stated that the group spurred into action due to the myriad of media attacks championed by mischievous politicians and some interest groups with ulterior motives. “We are neither politicians nor religious bodies, but appreciate our military and we know they are doing their best.

“We are trying to tell the leadership of the Nigerian military that ordinary Nigerian is behind and appreciate them.” Omeje expressed confidence in the military capability to halt the insurgency in the country, considering its exploits in a global level.

“We must respect our military; they are capable of rescuing our girls if we, as a people, eschew distractions, sabotage from the system. “Nigeria military will do all we ask them to do, but we must all join hands with them in fighting the enemies of our land.”

The coordinator said that the group was in support of foreign military assistance but decried the way the western media was portraying the Nigerian military. “I think is the right thing to do, we appreciate their sense of brotherhood in terms of coming to help us in our time of need, but that does not give anybody any right to denigrate our own military,” he said.