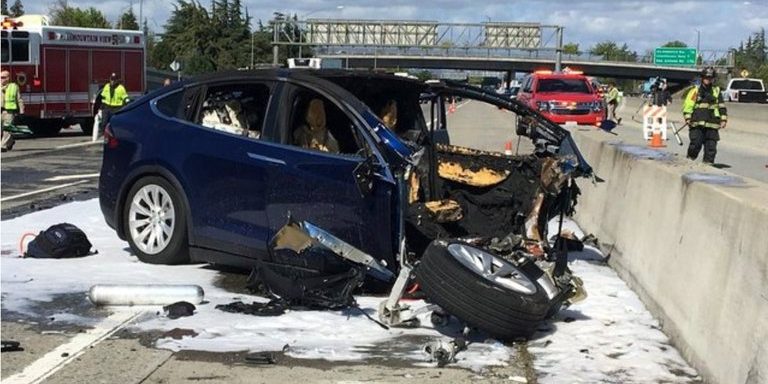 Tesla said on Friday that its semiautonomous Autopilot feature had been turned on before a fiery crash of a Model X sport-utility vehicle that killed the driver last week in California, raising more questions about the safety of the company’s self-driving technology.

This is the second fatal crash in which the Autopilot system had been engaged, including a 2016 crash in Florida that killed a Tesla driver. The National Highway Traffic Safety Administration concluded that the Florida crash did not result from a flaw in the system, but the agency found that the system lacked safeguards to prevent its misuse.

Federal investigators are looking into the crash in California, which occurred March 23.

The company said in a statement posted on its website that the driver in the crash last week had “about five seconds and 150 meters of unobstructed view” before he crashed into a median barrier, adding that “the vehicle logs show that no action was taken.” The driver, Wei Huang, had been given “several visual and one audible hands-on warning earlier in the drive,” Tesla said.

“If you are driving a Tesla equipped with Autopilot hardware, you are 3.7 times less likely to be involved in a fatal accident,” the company said.

The crash has only added to Tesla’s woes. The introduction of the company’s Model 3 has been mired in delays, and the company has continued to lose money quarter after quarter. Moody’s Investors Service downgraded the company’s credit rating, concerned that it was burning through cash.

The crash occurred five days after a woman was struck and killed by an autonomous car operated by Uber in Tempe, Ariz. It was believed to be the first pedestrian death associated with self-driving technology.

A version of this article appears in print on March 31, 2018, on Page B2 of the New York edition with the headline: Questions Of Autopilot In Tesla Crash. Order Reprints| Today's Paper|Subscribe