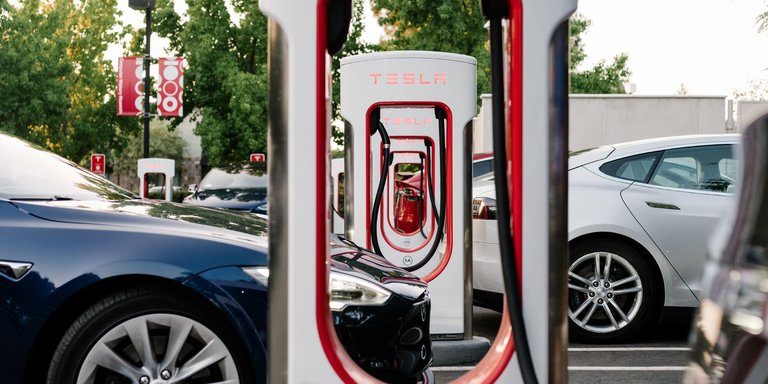 Just a year ago, Tesla looked like a rising force destined to revolutionize the auto industry.

Its battery-powered Model S sedan was the rage among luxury-car buyers. Its Autopilot system seemed far ahead of its competitors in self-driving technology. Its chief executive, Elon Musk, was promising that the more affordable Model 3 would soon roll off its assembly line and bring emission-free driving to the masses.

Wall Street was enraptured. Tesla’s market value rose to surpass that of either General Motors or Ford, car companies with a century of experience.

What a rough ride it’s been since then.

Not only has the Model 3’s introduction been mired in glitches and delays — “manufacturing hell,” as Mr. Musk put it — but Tesla’s driverless efforts have been overshadowed, and the company has continued to lose money quarter after quarter.

In just the past week, Tesla’s troubles have intensified. Moody’s Investors Service downgraded the company’s credit rating, concerned that it was burning through cash. Those worries have grown so dire that some analysts are asking whether the company could run out of money by the end of the year.

“I’ve said for some time that Tesla is far from a sure bet, or a stable company for that matter,” said Clement Thibault, a senior analyst at Investing.com. “Tesla has been living on borrowed time and money for quite some time.”

Tesla shares dropped 8 percent on Tuesday and another 8 percent Wednesday, and though they regained ground Thursday, they have lost almost a quarter of their value in less than three weeks.

Reflecting questions about Tesla’s ability to pay off its debt, its bonds have slumped as well. Those that will mature in 2025 traded at about 88 cents on the dollar on Thursday.

A Tesla representative declined to comment on the company’s finances.

But the company’s recent troubles extend beyond its balance sheet. Federal investigators are looking into a fiery crash that killed a Tesla driver last week in California, including the possibility that Autopilot was in use. (Autopilot was in use during a 2016 crash in Florida that killed a Tesla driver, but safety officials concluded that the crash did not result from a flaw in the system but found it lacked safeguards to prevent its misuse.)

And on Thursday, Tesla said it was recalling 123,000 Model S cars made before April 2016 to replace bolts that hold a power-steering motor in place. The bolts can become corroded and break, leaving drivers with only manual steering. The company said no crashes or injuries related to the issue had been reported.

Tesla’s reversal of fortune is a jolt for both the company and its chief executive, who had built a reputation not only as a visionary but also as an achiever, masterminding an automotive brand, breaking ground on a battery plant that would be the world’s biggest building, and launching rockets through his SpaceX venture.

For years, Tesla has ridden a wave of enthusiastic support from its customers and a certain set of investors, even though it generated barely any profit in the 15 years since its founding. Company events to present new models tend to have the feel of a religious revival, with hundreds or thousands of owners cheering wildly at each new pronouncement from Mr. Musk. Anticipation for the Model 3 prompted nearly 400,000 prospective customers to put down deposits of $1,000 each.

In November, before a screaming audience of several hundred guests, Mr. Musk unveiled a battery-powered semi truck and a two-seat roadster. He vowed to begin producing the truck by the end of 2019, even though the company does not have a factory to build it, and is still trying to work the kinks out of the Model 3 assembly process at its manufacturing plant in Fremont, Calif.

“There is a huge part of Tesla that is simply presentation and not substance, and Elon is a master at messaging,” said Karl Brauer, a senior analyst at Kelley Blue Book. “The problem is the reality is starting to stack up, and that’s a reality of accidents the cars have had, quality issues, and massive misses on Model 3 production numbers. You add all that up and there’s a real question about whether this company can deliver what it promises.”

There’s no doubt Tesla has achieved some breakthroughs that have left the established automakers scrambling to catch up. It has proved that there is a viable market for electric cars, and that they can command premium prices. It has pioneered methods of upgrading cars through software updates beamed over the air, the way iPhones can download new operating systems.

And it was Autopilot that set off a race to develop advanced driver-assistance systems that can guide cars under certain circumstances and actively prevent collisions — though Tesla’s technology appears to have been surpassed by the self-driving systems from other companies, including G.M. and the Google spinoff Waymo.

Along the way, Mr. Musk has also courted controversy, including his move in 2016 for Tesla to take over SolarCity, a maker of home solar panels run by his cousin. A group of investors has filed a lawsuit contending that Mr. Musk had a conflict of interest because he was SolarCity’s chairman, and this week a judge cleared the way for the case to go forward.

In January, Tesla gave Mr. Musk a new compensation plan tied entirely to the company’s market value and other performance goals. If he hits all of the goals, he could be rewarded with stock worth more than $50 billion.

But the company has repeatedly failed to meet its own targets and deadlines, especially with the Model 3. Mr. Musk originally predicted that the Model 3 would arrive in 2017 and that the car would push the company’s sales to 500,000 cars a year by 2018. He later lowered his prediction to 100,000 Model 3s in 2017. Backtracking again, he said last August that the company hoped to make 20,000 a month by December, and added that “people should have zero concerns” about Tesla’s ability to increase its output of the Model 3.

But in the fourth quarter of last year, Tesla made only 2,425 Model 3s. In its most recent plan, it hopes to lift production to 2,500 Model 3s a week. The company is expected to release first-quarter production totals in early April.

The Model 3 is crucial. The company needs to ramp up its Model 3 business to generate revenue so that it can pay back investors and fund development of future vehicles including its electric truck.

Moody’s concluded that Tesla probably needed to raise more $2 billion from investors to be able to finance its operations, continue capital investment and pay debts and other financial obligations that will come due soon. According to Moody’s, Tesla has $200 million in convertible bonds due later this year, and $900 million due in early 2019.

“Liquidity is going to be very tight by the end of the year,” Bruce Clark, a senior vice president at Moody’s, said in an interview. “They need to re-establish credibility with the capital markets.”