Terrorist Pedophile President Buhari Unsure of the Outcome of US Visit 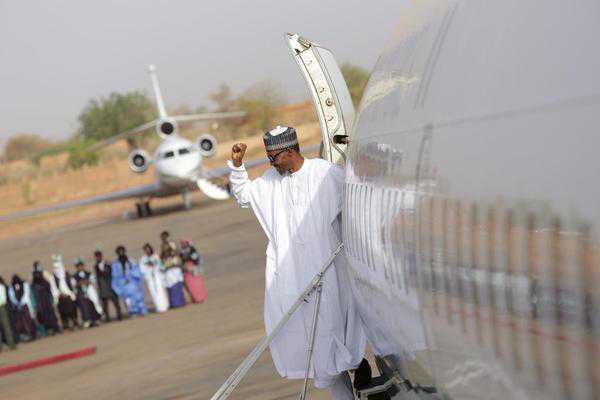 Keen observers of Nigeria’s foreign policy and diplomatic practice are divided in their disposition to the proposed visit of President Muhammadu Buhari to the United States. To members of the ruling All Progressive Congress (APC), there is a sense of celebration that Nigeria is returning to international reckoning with the proposed visit but most Nigerians are not amused by Washington’s “Do Good Diplomacy” which is unravelling with the emergence of the new administration in Nigeria.

A 30-man Federal Government team has been assembled for this visit which is coming two days after Obama would have visited his fatherland, Kenya. This has raised questions on how much regard the White House has accorded its relations with Nigeria which is obviously a powerhouse in Africa and global politics. The US wants to use the invitation of President Buhari to show that it welcomes the new regime in Nigeria but the tone of the event is condescendingly abhorrent, to say the least. Top on the agenda is security in West African sub region, war against terrorism in Nigeria, support for the multi-lateral military task force, the war against corruption, US position on same sex prohibition law, and trade between US and Nigeria.

Governors of Edo, Borno, Oyo, Imo and Nasarawa are on the presidential entourage, including the Governor of Central Bank of Nigeia, permanent secretaries in the Ministries of Foreign Affairs, Industry, Trade & Investment, and Defence. Prof. Fred Agwu, Senior Research Fellow at the Nigerian Institute of International Affairs said the Nigerian team should be circumspect in dealing with the Americans who under the Obama administration have not treated Nigeria as an ally.

Before the election of President Buhari, relations between Nigeria and America has been, at best, frosty as diplomats from both countries treated each other with suspicion. This was not helped by the massive campaign against the Jonathan administration by a section of the human rights community in the United States. Nigeria has the largest population of black people in the world and has the largest economy in Africa. It is the world’s sixth largest producer of oil and third with its proven gas reserves in the world. Nigeria has the highest US business interest in Sub-Saharan Africa and citizens of Nigeria play key roles in the US economy. It is therefore understandable that the destiny of Nigeria and the United States cross at some point.

The administration of former President Goodluck Jonathan incurred the wrath of Washington when it signed into law the Same-Sex Prohibition Act against all pressure from the US and its allies who claim that the bill was in violation of the Fundamental Human Rights of the LGBT Community in Nigeria. The US mission was peeved and could not hide the anger of White House with that legislation. While some Nigerians felt worried with the disposition of the US government and its diplomats to domestic politics in Nigeria, the opposition parties and groups found inspiration in the support from Washington for a change of guard in Nigeria. Even the US president, Barrack Obama, advocated in Ghana that what Africa requires is not strong men but strong institutions.

It was not a coincidence that leading American politicians, namely Mrs. Hilary Clinton who as  Secretary of State visited Nigeria in 2012 and was full of praises for the administration, but by 2014, had become a bitter critic of the same administration. Similarly, US Secretary of State, Mr. John Kerry, Chairman of Senate Foreign Relations Committee, Senator John McCain and even President Barrack Obama made disparaging remarks that impugned the sovereignty of Nigeria and had all shown hostile attitude to the administration of President Goodluck Jonathan.

There were series of negative publications of events in Nigeria to discredit the former administration and make mockery of Nigeria which has often rallied round to support Washington in its troubled times. Nigeria’s Ambassador to the United States, Prof Ade Adefuye, took exception to this hostile treatment of Nigeria when he addressed the Council on Foreign Relations in Washington in November last year.

Prof. Adefuye bluntly told the Americans that Nigerians felt abandoned by the US during the time of need. Ambassador Adefuye said “I am sad to inform you that the Nigerian leadership, military and political and even the general populace are not satisfied with the scope, nature, and content of United States support for us in our struggle against terrorists. We find it difficult to understand how and why in spite of the US presence in Nigeria with their sophisticated military technology, Boko Haram should be expanding and becoming more deadly.”

Chibok Girls saga: The abduction of over 200 girls from Government Secondary School in Chibok, Borno State put Nigeria on the spot and made her look little in the eyes of its citizens and the global community. The western media latched on it to give Boko Haram the maximum international publicity it desired.

Nigeria openly requested for military assistance and expertise in intelligence gathering in order to find and rescue the girls. Several countries offered various forms of assistance and co-operation. West African countries launched the Multinational Military Action. The African Union has offered commitment of 7, 500 foot soldiers to combat a local terror group that is part of the Global Coalition of Jihadist Network.

Yet, Washington has hidden under the need to ensure that the Human Rights of Boko Haram is not violated, to oppose hard military offensive against the group. Prof. Fred Agwu, Senior Research Fellow at the Nigerian Institute of International Affairs told Vanguard that the US refused to sell arms to Nigeria citing some human rights conditions. According to Prof. Agwu, the Americans are known to fight terrorism in any part of the world but in the case of Nigeria Washington adopted a watching brief to Nigeria’s anti terrorism war until Boko Haram grew so strong as to take over territories in the North Eastern part of the country.

Assistance of Washington in the first place 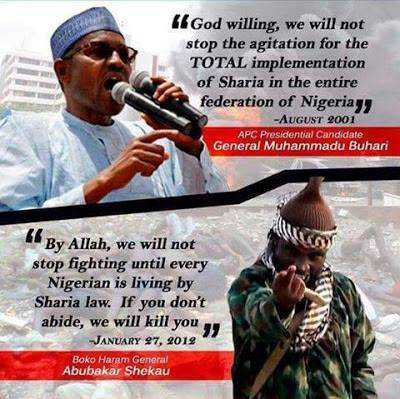 As Agwu said: “The complexity of fighting Boko Haram is such that the group has ideological sympathies within and outside the government, within the military services, local communities, etc. It is a diffused organization whose terror tactics is to strike when least expected. Even the US has not succeeded in downgrading the fighting capacity of ISIS in the last 16 months, what justification could Washington give for abandoning Nigeria at its critical time of need?” Prof Agwu said the local insurgency grew to the point of becoming affiliated with ISIS, adding that said disagreement with the Jonathan administration over the same sex prohibition act was not enough for the US to abandon other aspects of relations between Nigeria and US.

Oil diplomacy: It is a known fact that when the US and its allies begin to cry more than the bereaved, then something more fundamental is at stake granted that the US has shown genuine desire to deepen democracy in Nigeria. Key issues listed in the Bi-National Commission between Nigeria and the US were put on hold.

Since 2010, when the Federal Government signed agreement with the Chinese to build three refineries in Lagos, Kebbi and Bayelsa states, the US has been very uncomfortable with Nigeria opening up the oil sector for the Chinese to come in. The proposed refineries were expected to produce 900,000 bpd to double the existing 450,000 from the poorly functioning refineries in the country.

Same sex law: Ambassador Sulieman Dahiru who had served in Brazil, Angola, the United States, Poland, Ivory Coast, Austria, Sudan and Pakistan, told Vanguard that Nigeria should make its stand known on issues such as terrorism which has become a global issue, especially as we know that the US is all out to defeat terrorism. He said, “I think with the change of government and leadership of the armed forces should bring the expected positive change.” On social issues like same sex marriage, lesbians, and gays, Buhari should listen to Obama and make it clear to him that the issue has been settled in Nigeria, no political leader will come out to support these issues. Culturally it is unacceptable, religiously is unacceptable, while no amount of pressure from outside the country will change that decision.

What is important is that President Buhari should tone down of the rhetoric of his party which has been less nationalistic in its uncritical denunciation of everything done by the past administration just to justify its claim for change.

Nigeria is not another Greece and the sovereignty and dignity of Nigeria is a valuable asset in its campaign for foreign investment, especially from the US business community. It will be counter-productive, if not contradictory for President Buhari to de-market the country’s economy and at the same time expect Americans to come and do business with Nigeria. The Presidential delegation should equally convince the American people that there is indeed change in Nigeria, by shunning official profligacy. More irksome to the US is the decision of the Jonathan Administration to allow the state-run Chinese National Offshore Oil Corporation to participate in the exploration of 29 offshore oil fields which the West-dominated IOC’s have been dragging their foot on entering into agreement with Nigeria.

The Chinese are expected to commit about $50 billion investment into this venture. The Federal Government under the Jonathan administration had initiated series of reforms aimed at strengthening participation of Nigerians in the oil and gas sector. The US is uncomfortable with the entry of China into Nigeria’s oil and gas sector as it has often tried to fend off competition from the Asian nation. Under the Obama administration, the US has stopped its token purchase of Nigerian oil and it has taken other measures that are hostile to Nigeria’s economic interests in the name of protecting its environment and economy.

Combating Ebola: When Nigeria needed support to combat the Ebola virus crisis, American pharmaceutical companies that produced the Zmapp experimental drug for Ebola demurred. Again, Nigeria had to rely on its own internal contact-tracking method to contain the spread of Ebola.