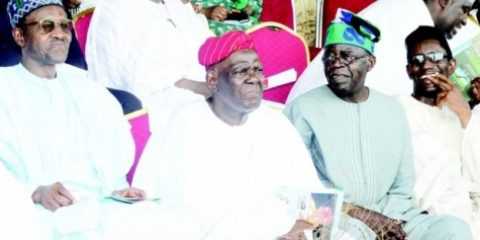 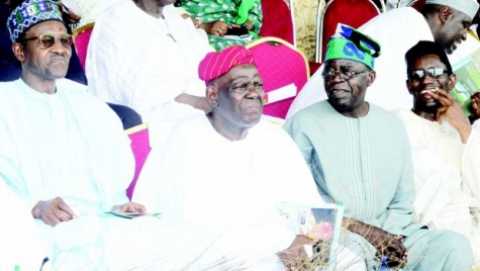 Angered by the allegation by the ruling People’s Democratic Party, that ravaging terrorism attacks in parts of the North were sponsored by the opposition APC to stop President Jonathan’s transformation agenda, Governor Murtala Nyako of Adamawa State, yesterday, challenged the PDP to provide evidence of its claim or shut up forever.
Nyako, who is insisting that the President unjustly imposed emergency rule in his state for political expediency, warned the PDP to desist from making wild allegations against the opposition but to face the realities of its failure to address Nigeria’s rising challenges, including terrorism, which he described as a by-product of the ruling party’s 15-year incompetent leadership of Nigeria.

Nyako, who spoke to Saturday Vanguard through his Director of Press and Public Affairs, Mr. Ahmad Sajoh, accused the Presidency and the PDP of playing politics with the Boko Haram terrorists and using the attacks as an alibi for its failure to cater for the people in the affected areas of the north.
The governor said: “It is too late for this administration, which has failed in all areas of human development index to begin to look for scapegoats in the opposition APC.
“The Presidency and indeed the ruling party should ask themselves why in spite of the fact that they control all the levers of the security agencies in Nigeria, they cannot track and punish those responsible for the ferocious attacks in the North-East.
“What we are saying is that every arm manufactured in the world carries its source and country of origin and who bought it and for what purpose.
“That being the case, the ruling party should bury its head in shame for failing to arrest the festering terrorism in the North-East and looking for innocent persons and parties to unleash its uncouth assault in a bid to cover for its failure of about two decades.
“They should come up with the evidence that the APC is sponsoring terrorism to halt Jonathan’s transformation agenda or shut up forever because Nigerians are tired of this set of politicians, who specialise in telling lies just to score cheap political points than providing services to Nigerians.”
The governor said it was alarming that the nation has been plunged into a mine-field under the leadership of the PDP, citing the recent release of the Report of the Judicial Commission of Enquiry into the Ombatse attack in Nasarawa State, which indicted some of its supporters.
The governor said the silence of the Federal Government over the massive killings of its security personnel was an indication that it was not taking action to punish the perpetrators because of entrenched political interests.
The PDP had on Wednesday accused the opposition of sponsoring insurgency in the country in order to discredit the person, office and administration of President Goodluck Jonathan.
The party said the plan was to distract and detract the President, constrain the successful delivery of his transformation programme so as to portray him as non-performing and finally ridicule his score card when time reckons. “We accept the reality of terrorism as a global phenomenon.
However, the peculiar trend of the Nigerian version which subsists on a welter of nebulous demands and masked identities, hacking down innocent Nigerians -women, children and the elderly in a way that defies all reason and logic, only summarizes a well considered agenda of national destabilization for a purely selfish political cause.We pointedly finger the opposition,” National Publicity Secretary of the party, Chief Olisa Metuh had said.
Meantime, about 24 hours after President Goodluck Jonathan warned that the Federal Government would no longer treat Boko Haram terrorists with kid gloves, suspected members of insurgents yesterday, launched fresh attacks in Borno State, killing two people along the Maiduguri – Damboa-Biu federal highway.
The terrorists reportedly slit the throats of two passengers along the road, before setting ablaze all the vehicles including a truck loaded with firewood.
The incident took place around Mustafanari village in Konduga Local Government Area of the state, when some terrorists who were suspected to have emerged from one of their camps in the Sambisa forest, ambushed the motorists and the passengers.
However, several passengers were said to be lucky as they escaped into the bush. The terrorists were said to have stolen some cash and other items which they fancied from some of the abandoned vehicles before setting the vehicles ablaze.
Mustafanari is a village located along the troubled road and about 40 kilometres drive from Maiduguri. Several passengers had been killed by terrorists who usually ambushed their vehicles.
Just last week, four people suspected to be a driver and passengers were attacked and killed while on their way to Biu Council Area, while several others who sustained gunshots wounds were admitted at the University of Maiduguri Teaching Hospital, UMTH, receiving treatment.
When Saturday Vanguard visited Borno Express motor park located at the heart of Maiduguri, it was observed that there were less vehicles at the spot where passengers boarded Maiduguri to Biu vehicles for fear of being killed on the road, while the few ones waiting for passengers said, they will rather follow Damaturu road, instead of Damboa road which had remained a death trap for the past three weeks.
The state Police Commissioner, Mr. Lawal Tanko denied any knowledge of the story when he was contacted on the telephone over the incident, but promised to find out and get back.
”I am not aware of any attack on the said road yesterday, but as you have called me, I will order my men to find out so that I will get back to you,” Tanko said.