Terrified that Nigeria exits in fews days Baba OBJ Cries Out to Jonathan, Save Nigeria, Keep your Reply 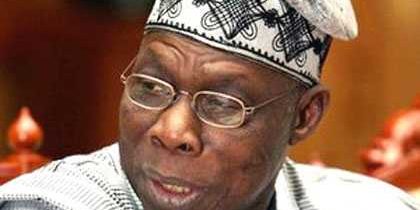 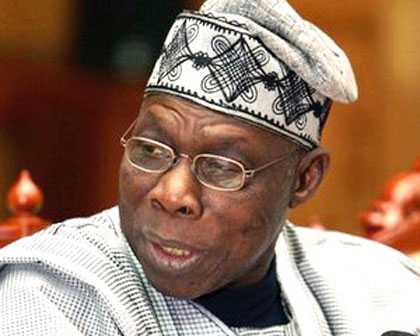 As the Presidency prepares a reply to the 18-page letter written by former President Olusegun Obasanjo to President Goodluck Jonathan on the state of the nation, indications emerged, yesterday, that the former leader was not expecting any reply but action from Jonathan.A competent source told Sunday Vanguard that Obasanjo was more interested in Jonathan addressing the core issues he raised in his letter rather than getting a reply to his damning missive, entitled, ‘Before it is too late’.
The source, which also denied any breakfast meeting between Obasanjo and Jonathan in Nairobi, the capital of Kenya, said the story was made up by those who tried to play down the importance of the former leader’s letter.The source said,”The truth of the matter is that former President Obasanjo is not expecting President Jonathan to reply him. Absolutely no. The President did not consider it needful to respond to previous letters privately written to him by the former head of state and he does not expect any reply to this one.“I can tell you that Obasanjo wrote the letter with the best intentions for Jonathan and Nigeria and what he wants from the President is courageous and timely actions to save Nigeria from the brink. That’s all.“Obasanjo will be a happy Nigerian if appropriate steps are taken by President Jonathan to address the burning issues of corruption and other challenges that threaten to bring this country down.“There is absolutely no reason to expect a reply from the Presidency when previous letters written to him were not even acknowledged.”It was however learnt, at the weekend, that presidential aides have drafted a response to Obasanjo’s letter.
The response was said to be awaiting Jonathan’s approval.Asked to justify the breakfast parley between the former President and Jonathan in Kenya on the day the bromide of Obasanjo’s letter was feasted on by the media, the source said there was no meeting between the two leaders.

The source said that Obasanjo and Jonathan only met by chance and exchanged pleasantries as they lodged in the same hotel in Nairobi.Obasanjo stirred controversy when he wrote a letter to Jonathan drawing his attention to myriad of issues capable of taking Nigeria to the brink if not addressed.But the Presidency fired back, describing the letter as inciting, provocative and self-serving. Presidential spokesman, Reuben Abati, who’s issued a statement, indicated that Jonathan would make  a formal response but did not say when he would do so.