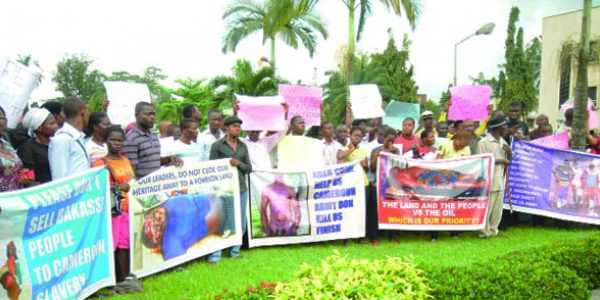 Barely 12 years after Nigeria lost Bakassi Peninsula, there anxiety over boundary demarcation between Cross River and Cameroon, following fears that no fewer than 10 communities in Ikom, Obudu, Obanliku and Boki local government areas of Cross River may be ceded to the Francophone country.

The Cross River State government, speaking through the Chief Press Secretary to the Governor, Mr. Christian Ita, however, said there’s no cause for alarm, as no community has been ceded to Cameroon.

An indication to this effect emerged recently following the purported delineation of Nigeria and Cameroon international boundaries at the Central and Northern axis of the state by the United Nations (UN) boundary delineation experts.

During the alleged exercise, the UN team, led by a Zimbabwean, were said to have proposed new pillars to be sited at the Biajua Health Centre right inside the Boki town as they claimed they could not locate pillars 113A and 114A.

These were said to be original pillars erected in 1913 during the Anglo-German agreement.

The old pillars, it was learnt, were said to be 50 kilometres away from both Danre and Biajua communities.

Daily Sun investigations revealed that if the new pillars were allowed to stand, many communities in Ikom, Etung, Ikom, Obudu, Obanliku and Boki in Nigerian territory would be ceded to Cameroon just as age-long cash crops and farm lands would have been lost.

Reacting to the development, Ernest Eki, representing Boki I State Constituency in the House of Assembly, described the exercise as illegal and fraudulent.

saying the team did not inform the state government of its visit and activities.Eki stated that from their actions, it was possible that the UN team may have reached an agreement with the Cameroonian government to cede some Nigerian towns and villages to Cameroon.

In his petition to the state government and made available to Daily Sun, the clan head of Biajua in Boki, Otu Owan Bedibe, said: “The proposed new pillars by UN team to be sited at Biajua, if allowed to stand will mean that Ikom, Etung, Boki, Obudu, Obanliku and Boki will be under Cameroonian government.”

Bedibe called on the state and federal governments to police the UN team before they cause havoc as was the case in Bakassi.

When Daily Sun contacted some top government officials on the matter, none of them was willing to comment.