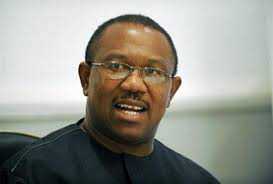 From EMMANUEL UZOR, Onitsha
Uneasy calm reigns in  Onitsha, Anambra State as child theft has  assumed a dangerous dimension in the commercial city with the emergence  of a syndicate that allegedly steals  children from Calabar, Cross River  State and uses  Onitsha as its sales point.
However, luck ran out on two suspected female members of the  syndicate yesterday when they were apprehended at separate spots  by  policemen attached to the Okpoko Police Division at  Akwa Ibom Park  axis  along Onitsha-Owerri Road after an unidentified  woman was  arrested for allegedly stealing two babies from Calabar and selling   them in Onitsha.
Another woman suspected to be a member of the child trafficking  syndicate was also arrested by operatives of the Special Anti Robbery  Squad (SARS) attached to Okpoko Police Division at the Calabar Motor  Park on Onitsha-Owerri Road.
Daily Sun gathered that the suspects, who were undergoing  interrogation at the office of Divisional Police Officer (DPO), Mr.  Emeka Ugwu, were arrested following a tip off by some staff of the Akwa  Ibom Motor Park and passersby, who suspected their movements.
According to one of the witnesses simply identified as Obinna, one of  the suspects was a regular visitor to the park, and  had always come on  a weekly basis with different children after which she would return to  Calabar, leaving the children behind.
Obinna said nemesis caught up with the women when one of them came  into the park in a vehicle belonging to the Transport Company of Anambra  State (TRACAS) with a newly born baby with  blood stains.
“The lady comes to the park almost every week; at times at two weeks  interval and we discovered that each time she appeared, she had two or  three children mostly day old and one-week old children. There was a day  she carried a baby with stain of blood showing that the child had  just  been delivered. So, today (yesterday) she came  from Calabar and  because we have been monitoring her, we noticed that she had two  children with her. But when she resurfaced  to board a bus back to  Calabar without those kids, that was when we confirmed our suspicion and  invited the police,” he said.