Tech We’re Using: How to Stay on Top of Breaking News 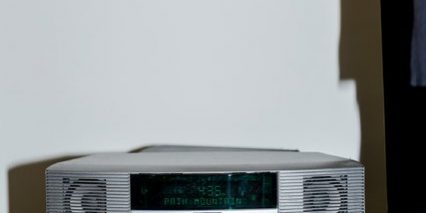 How to Stay on Top of Breaking News

How do New York Times journalists use technology in their jobs and in their personal lives? Jonah Bromwich, a breaking news reporter for The Times in New York, discussed the tech he’s using.

You cover breaking and trending news with an extremely quick turnaround. What are some of the tech tools you rely on to stay on top of the news and file stories quickly and accurately?

It’s true! I use a couple of surfacing tools, most prominently Dataminr. Basically what it does is provide us with a continuously updating feed of tweets that have breaking news in them.

For example, we could become aware of a story that we want to monitor (and possibly cover) when a tweet from a local Houston reporter says something like, “Gunshots fired in Harris County Institute of the Forensic Sciences.” And then seconds later, another one from a different account says, “Whoa im in Houston and I think i just heard fireworks or maybe gunfire???”

After a couple more tweets like that I might call the Harris County sheriff or the Houston police or whoever else makes sense. They’re often tweets that we might not otherwise have seen, because they come from, for example, a cloud computing consultant in Houston who has 43 followers on Twitter. I wouldn’t see that on Twitter for hours, but Dataminr would bring it to my attention right away.

I also use Twitter and Reddit for trending stories. And there are certain aggregator sites that people swear by. I’ve been using Hvper recently, thanks to a recommendation from my editor. And I still sometimes web surf like an old, using an RSS reader (Feedly).

Which one is the most important?

For breaking news, probably Dataminr. It’s a handy tool. For trending news, what we hope to do is put together patterns that others may not have, or to put a new spin on a story that’s already out there.

I also use Twitter to follow the news, which sometimes helps me find patterns. (I can’t use Tweetdeck, and I’m always impressed that people are able to, by the way.)

We also have a pretty active Slack culture on my team, and we get a lot of ideas (like one by my teammate Maya Salam on showering) just from talking about dumb things with one another, saying whether we prefer rice, bread or potatoes, that kind of thing.

Beyond your job, what tech product do you love using in your daily life?

I listen to music near constantly when not at work, so a lot of the technology I use regularly has to do with that.

I have a couple of Bose Bluetooth speakers. The Bose SoundLink Mini is one of my favorite things. I got mine years ago, and it still works. The sound quality is strong, and it’s easy to connect to and to carry around. If I need to play music a little louder, I have a Bose SoundTouch system that works O.K.

I use Sennheiser headphones when I want to listen to music closely, and those little Sony over-ear headphones (the ones that came with Discmen) for listening to music on the go.

There’s a story with those Sennheiser headphones. They were sent to me in the mail and were in a box on my coffee table for a couple of months. I thought they belonged to my roommate (someone had opened the outer layer of the box), but he told me they weren’t his. So I called my parents and some of my best friends to ask if they had gotten me these kind of expensive headphones. No one had.

I couldn’t figure out where they had come from and was a little paranoid that someone was spying on me. A year later, I came home and my downstairs neighbor was taking out his trash and wearing those same Sennheisers. Then I thought for a second.

“Hey, Evan,” I said. “Did you actually have to order those twice because one package went missing?” He confirmed — I had stolen his headphones. He was very nice about it, and because he had gotten them replaced, he has let me keep them so far.

I also gave in and started using a Tile, which is a Bluetooth tracker, to find my keys. It has made it so I never lose my keys.

What could be better?

The SoundTouch system can be hard to connect to, and it sometimes shuts off inexplicably. The over-ear headphones get blown out kind of easily, but you can order replacements on Amazon and they are super cheap.

There is now so much tech out there — tweets, Facebook posts, phone notifications and more — to distract us. What’s your advice for readers who struggle to concentrate on their work?

I deleted Facebook from my phone last year, so that’s gone. And I sign up for very few notifications.

I don’t have any magic tricks or anything, though, and I get distracted pretty easily. When I really want to concentrate on something, I try to leave my phone in another room. And when I need to write something on deadline, I minimize Slack and put my stolen headphones on.