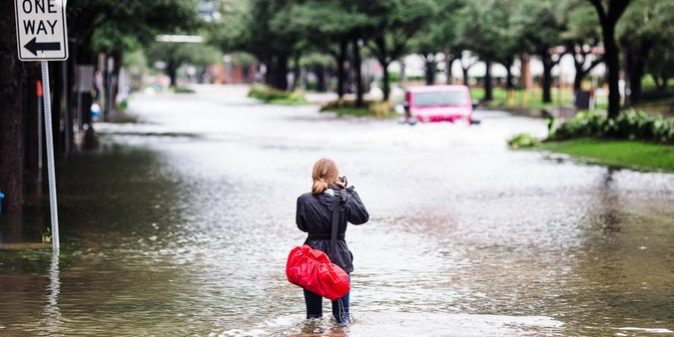 Covering Disasters With 2 Phones, in Case One Falls in the Mud

How do New York Times journalists use technology in their jobs and in their personal lives? Julie Turkewitz, a correspondent who is based in Denver, discussed the tech she’s using.

How often are you on the road on assignment?

I’m on the road about a third of the year. I cover a section of the West, which means I spend a lot of time in small towns and on winding mountain roads. I also work breaking news stories all over the country.

So that must mean you live out of a suitcase. What are your most essential tech tools for doing your work?

My travel bag is a constant work in progress. I try to be prepared for anything, because I never know when a trip is going to involve a surprise sit-down with a governor or an unexpected flight to cover a hurricane.

For all the talk about the changing media landscape, the most important tools of my job are a pen, a notebook and a way to file the story to my editors. There are still many places in America without cellphone or internet service, so simply communicating with my editors can be a challenge. I’m often filing on a laptop from the back seat of a car on the side of a road over a weak signal through my phone or a mobile hot spot.

I carry two phones (in case one falls in the mud), a power strip that allows me to charge my computer from the car, and a Canon 5D camera that I bought off a White House photographer years ago. I use my iPhone’s recording app, or a downloadable app called TapeACall, and I will occasionally pay for a transcription service for lengthy interviews. I’ve used both Trint.com and Rev.com.

When I’m working on breaking news stories, Twitter is crucial. Law enforcement agencies send out updates through social media, and the first thing I do when I head into a big story is make sure that I'm receiving their new tweets as immediate text messages. Then I use social media to report the texture of the story as it unfolds.

Beyond breaking news, I’ve found Twitter to be a great tool for conveying a sense of place. Sometimes a single picture or video can really cut to the heart of a story.

Lastly, roving reporters have to take care of themselves. I travel with an extra thin yoga mat from Manduka that packs down to the size of a book.

What could be better?

We need longer-lasting batteries. Battery life is a constant source of stress for reporters in the field.

You’ve reported extensively on the Parkland, Fla., school shooting and many other such shootings. After Parkland, the survivors used Twitter and other outlets to speak out about gun control. Do you foresee this use of social media having any effect on gun control regulations?

We’re already seeing that happen. Several of the Parkland students now have tens of thousands of followers on Twitter, and they have been using that tool to speak directly to people in power. And when Gov. Rick Scott of Florida passed a major gun bill recently, he credited the students for making it possible.

I’m curious to see what’s next. Will social media messaging continue to be as powerful as the weeks go on? And how will students deal with their new roles as survivors, advocates and public figures?

Has tech affected how you research and investigate the people you write about?

Social media has expanded the reporter-subject relationship, making it more personal, and allowing for interaction beyond the life of a particular story.

This means that I sometimes contact people on Facebook to ask for an interview, and stay connected to them for weeks or months. As a reporter covering a vast region — and as someone who focuses on capturing national narratives and sentiments — I find social media to be a helpful way to avoid a news bubble. It keeps me connected to Montana and Utah and Wyoming even when I can’t be there.

Beyond your job, what tech product are you currently obsessed with using in your daily life?

Audible audiobooks and Spotify playlists have gotten me through many a road trip.

But my current obsession is taking time off from technology. As someone who spends a lot of time linked to the internet, I try to spend off-days away from devices. I buy books. I keep a physical calendar, not a digital one. I get two papers on Sundays and have several magazine subscriptions.

And I try to spend as much non-travel time in face-to-face conversations with friends and family.