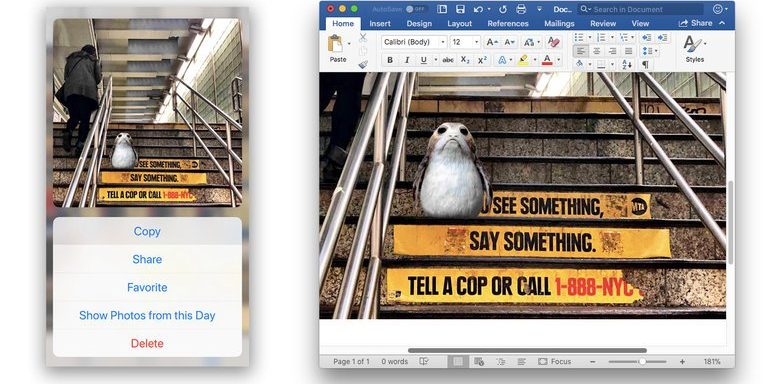 Q. I thought you were supposed to be able to cut and paste content between Macs and iPhones, but I can’t make it work.

A. The Universal Clipboard tool allows people to copy text, images and videos on one Apple device and then paste the content into an app on another Apple device. The feature arrived in 2016 with iOS 10 and macOS Sierra, but you need to meet a few other conditions to use it. (Some apps, like Notes, can sync content between iOS and macOS automatically with iCloud.)

You need to be logged into the same iCloud account with the same Apple ID on all of the hardware in the mix. You can check the accounts in the iCloud system preference on the Mac and in the iOS settings on the iPhone; if you have multiple Apple IDs — like an old one used for iTunes Store purchases and another you created to set up a new iPad — you may be logged in under two different accounts.

Universal Clipboard is part of Apple’s Continuity technology, and it generally requires at least iOS 10 on an iPhone 5, and macOS Sierra on Mac computers released in 2012 or later. Both the iOS gadgets and the Mac must have Wi-Fi and Bluetooth enabled, as well as the Handoff feature that allows one Apple device to pick up, using certain apps, where another let off.

To enable Handoff on the iPhone, tap open the Settings icon on the home screen, select General and then Handoff, and tap the button next to Handoff. On the Mac, open the System Preferences icon from the desktop dock, click the General icon and click the box next to “Allow Handoff between this Mac and your iCloud devices.”

When the iPhone and Mac are set up properly, try copying text or an image on one device and pasting it into an app on the other.

Personal Tech invites questions about computer-based technology to techtip@nytimes.com. This column will answer questions of general interest, but letters cannot be answered individually.