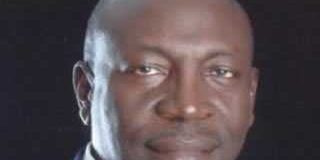 There was an overflow of tears on Friday at Ibollo, Ogbunike, Anambra State, when the world turned up to bury the slain former Deputy Governor of the state, Dr. Chudi Nwike.

Former Governors of Anambra State, Chukwuemeka Ezeife and Chris Ngige and former Governor of Imo State, Achike Udenwa, who spoke at the burial, lamented the depth Nigeria had descended, where people no longer had value for the life of their fellow human beings because of the quest for illicit wealth.

Extolling Nwike’s virtues shortly after the burial service at St. Vincent Catholic Church, Ibollo, Ogbunike, Oyi Local Government Area of Anambra State, Ezeife, who was governor when Nwike was deputy governor, described the deceased as a humble and dedicated brother, who worked dutifully with him as a deputy.

He condemned the manner in which Nwike was killed, saying it was a pointer to the fact that conscience has died in Nigeria, as he said Nwike was not killed for political reason, family feud but purely for money.

Senator Chris Ngige said the Action Congress of Nigeria, where Nwike was National Vice-Chairman, South East, and by extension the APC, had lost a dedicated party man.

The Anambra State Deputy Governor, Mr. Emeka Seibudu, thanked all who came to Ogbunike to pay their last respects to their departed brother and son, saying although the death of Nwike was not normal, death is the ultimate end of all mortals.

The Very Rev. Fr. Vincent Ejembi of Pilgrimage Centre, Aokpe, Makurdi Catholic Diocese, called on the perpetrators of crime in the society to embrace Christ because, according to him, the wicked will not go unpunished.

He said the demise of Nwike was a lesson to all present, that man will eventually return to his creator and therefore, should turn to his God.

He praised Nwike, who he said, was an exemplary politician, public officer and family man, emphasising that he lived a moderate life not given to inordinate quest for power and wealth as is the character of some politicians and public officers today.

Turning to the family members, he advised them not to weep as a people without hope, stressing that as Christians, they could see again at the resurrection morning.

Nwike was killed on April 8, 2013 in Delta State alongside his driver and the person who brought the N5m ransom demanded by those who kidnapped him on March 19 on his way from Abuja.