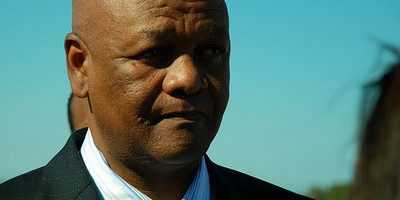 South Africa yesterday told families of the victims of the collapsed Synagogue Church of All Nations (SCOAN) building in Lagos that it is likely to take “a considerable amount of time” before the bodies of the dead South Africans  are taken home.
Minister in the Presidency Jeff Radebe said in Pretoria that the latest report was that only 18 post-mortems had been completed on the victims of the disaster.

“In terms of the last report, they have only completed 18 post-mortems (out of 115) so far. But as soon as the process is completed, we’ll be able to repatriate.”
Radebe said government understood the frustration and anguish of families waiting for the return of the bodies of their loved ones.
Around 115 people, among them 84 South Africans, were killed and dozens trapped when a multi-storey guest house attached to the Synagogue Church of All Nations collapsed in Lagos on September 12.
Radebe said that of the 84 South Africans killed, the number of bodies identified to date remained 62, the same figure announced last Wednesday.
He said going by the Nigerian law, the South African experts who flew to Lagos to assist could not perform post-mortems on the victims, but only act as observers.
“A post-mortem has to be performed on all deceased persons, and death certificates have to be issued, before the mortal remains can be repatriated back to South Africa,” said Radebe.
“Regrettably, this process is bound to take a considerable amount of time due to the large number of people who perished in this incident.”
Families had to prepare themselves for “a process that might go on a while longer than we would have wished”.
Radebe also warned on the condition of the remains.
“Due to the scale of the disaster, the passage of time, and the climatic conditions in Nigeria, most of the mortal remains are not in a good state.
“Out of concern for secondary trauma to the families, as well as public health considerations, government discourages family members from viewing the mortal remains.”
He said the remains would be brought to South Africa “on a single flight, properly equipped for this task”.
On arrival, they would be taken to a special facility where they could be collected by family members.
But we’ll know by the end of the week, when are we going to be repatriating South Africans.”
Radebe said the process of fingerprinting victims had been completed.
“We have reached a critical milestone in the identification of the mortal remains. The capturing of fingerprints on the deceased persons has, where possible, been completed.”