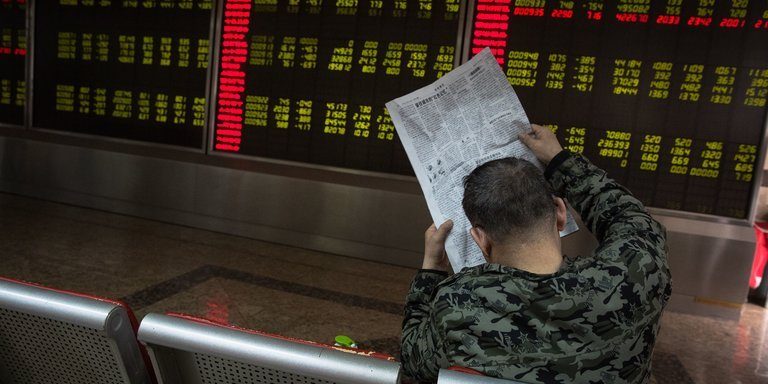 President Trump pushed forward with a two-pronged trade offensive this week, enacting tariffs on imported aluminum and steel on Friday, a day after announcing levies on up to $60 billion in Chinese goods. The target of both actions is China, a country that Mr. Trump has called “an economic enemy” of the United States.

For now, the administration has given exemptions from the first set of tariffs to multiple nations, making it clear that the main point is to curb the influx of cheap Chinese metals.

Beijing’s initial response has been muted, setting the stage for what could be a methodical escalation of retaliatory measures. The Chinese government announced Friday that it planned to impose tariffs on just $3 billion in American products, including fruit, pork, wine, seamless steel pipes and more than 100 other goods. Missing were vulnerable prey like aircraft and soybeans, which experts say may come next if tensions continue to build.

There’s clearly uncertainty about how the tariffs will play out. Here’s what we do know.

Markets around the world tumbled on the news of the new tariff package, but for now, the panic seems premature. Sixty billion sounds like a big number, but the reality is that the measures would barely dent the $11 trillion Chinese economy. And the Chinese retaliation for the aluminum and steel tariffs, at least initially, is even milder.

Of course, the worst fears of exporters could still come true. The fact that the Chinese did not hit bigger American targets from the outset suggests that the Beijing government is guarding its most potent weapons. If Mr. Trump decides to raise the ante on the Chinese, things could get ugly.

China is the United States’ third-largest export market, and a top destination for agricultural goods harvested in Trump strongholds. Beijing said that it would impose a 15 percent tariff on goods like fresh fruit, nuts, wine and seamless steel pipes, and that it was considering a second round of levies, of 25 percent, on other goods, including aluminum.

Why the U.S. tariffs on steel and aluminum?

Mr. Trump campaigned on the promise to resurrect American steel mills, and vowed to bring those factory jobs back by stemming the flow of cheap imports into the country. The administration has accused China of flooding the world market with undervalued steel, which can make its way to the United States after landing in another country.

That’s why the administration initially announced that its steel and aluminum tariffs would apply worldwide. While the tariffs are explicitly based on national security — the White House argues that the nation is vulnerable because it relies too much on foreign steel and aluminum — there are obvious economic reasons for trying to increase domestic production.

But the 25 percent charge on foreign steel and 10 percent levy on aluminum will, at least for now, not apply to a broad group of allies that includes Canada, Mexico, Australia, Brazil, South Korea, Argentina and the European Union. The excluded nations sent more than half of the $29 billion in steel imports that landed on American shores last year. The administration has said it may require those countries to limit their exports to the United States, and will decide whether to make the reprieve permanent by May 1.

So, what’s the point of tariffs on steel if they don’t apply to the biggest foreign suppliers? The short answer is that no one — not the lawyers representing allies, the lobbyists representing steel mills or the nation’s foremost experts on trade — knows for sure what the president’s grand plan is.

A good bet, trade experts say, is that Mr. Trump is using the tariffs as a bargaining chip to corral allies into adopting a harder line on China.

The White House also invited other countries to negotiate their own exemptions, raising the possibility that Japan, the fifth-largest supplier of steel to American companies, could also get a break.

Persuading allies to turn away cheap Chinese steel could force China to cut down production even more than it was already planning to.

If the Chinese face such a disruption, “then they have to eat all that steel,” said William Reinsch, a trade expert at the Center for Strategic and International Studies. “I think that’s the game that’s going on here, to try to get the other countries to play the same game we are, and push the problems back on the Chinese.”

As for helping the domestic producers, the early indications point in the other direction. Several steel companies are now trading lower than they were before Mr. Trump announced the tariffs, after getting an initial lift from the news.

What’s the impact on American manufacturers?

Making metals more expensive will annoy a lot of manufacturers — tens of thousands — that buy them to produce everything from washing machines to beer cans. But will the tariffs make it impossible for those companies to do business?

Answering that question will be the task of the Commerce Department, which this week invited American executives to begin applying for exemptions. To avoid paying the tariffs on the steel or aluminum they import, businesses will need to show that American mills don’t make the piece they use, or at least don’t make enough.

Railroads make some of their tracks with Japanese steel, for example, because of its unique ability to withstand pressure and extreme temperatures.

Companies have to file separate requests for each type of steel or aluminum product they use. In theory, dozens of companies could ask about the same product and one company could file requests for dozens of slightly different products.

Commerce Secretary Wilbur Ross said the department could “grant blanket requests” if it became clear that a particular product couldn’t be found in the United States.

American producers, meanwhile, will have the right to file an objection to each exclusion plea, piling on yet more paperwork.

The Commerce Department anticipates 4,500 requests and 1,500 challenges. It will take up to 90 days for the department to respond to each.