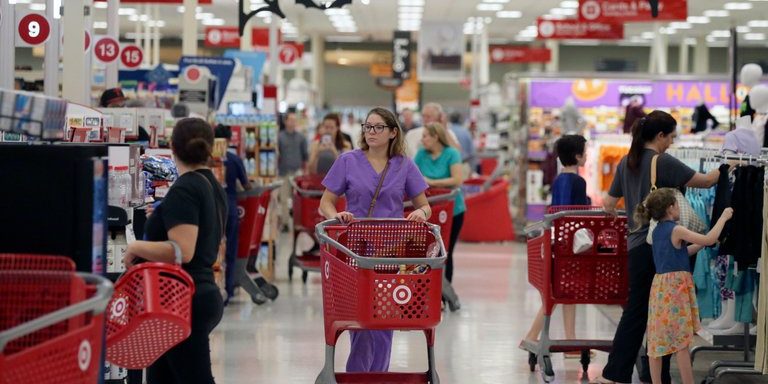 Target agreed on Thursday to revise guidelines for how it screens people seeking jobs at its stores, a step meant to quell complaints that the retailer discriminates against black and Hispanic applicants with criminal records that can include offenses too minor or old to affect their performance as employees.

The move comes in a labor market so tight that companies are hiring applicants they would not have considered before, including people who have criminal records or, in some cases, are still incarcerated.

Those pressing the complaints against Target said the agreement announced on Thursday would create even more opportunities for fresh starts.

“Target’s background check policy was out of step with best practices and harmful to many qualified applicants who deserved a fair shot at a good job,” Sherrilyn Ifill, president and director-counsel at the NAACP Legal Defense and Education Fund, said in a statement.

The agreement addresses a series of complaints filed with the Equal Employment Opportunity Commission by Carnella Times, who said Target declined to hire her after running a background check in 2006.

It also seeks to resolve a potential class action filed in Federal District Court in Manhattan on Thursday by the legal defense fund and other lawyers representing Ms. Times; the Fortune Society, which works on behalf of former prisoners; and another job applicant. The settlement requires a judge’s approval.

The settlement calls for Target, which acknowledged no wrongdoing, to work with experts to adopt “valid” guidelines for how it uses criminal records in hiring, and to finance a modest settlement fund. The company said it would still use background checks, but would bring in outside experts to review how the checks are used and would evaluate any recommended changes.

Jenna Reck, a Target spokeswoman, said the company had made significant changes to its screening process in recent years — for instance, removing a criminal-history question from job applications. She wrote in an email that when hiring, Target tried “to give everyone access to the same opportunities.”

At issue was the company’s practice of conducting criminal background checks on anyone applying for hourly and entry-level jobs in the United States.

African-Americans and Hispanics are arrested and convicted at rates more than double those of whites, according to the suit, which said Target’s hiring process “systematically” eliminated thousands of qualified applicants regardless of their potential to be good employees by requiring the automatic rejection of people convicted of offenses that could include violence, theft, fraud or drugs within the seven years of their applications.

The policy, the suit said, “imported acute racial and ethnic disparities in the criminal justice system into the employment process, thereby multiplying the negative impact on African-American and Latino job applicants.”

Complaints about background checks in retail-sector hiring are not unique to Target.

Last year, the Fortune Society filed complaints with the E.E.O.C. against Macy’s Inc., and a subsidiary, Bloomingdale’s, accusing them of refusing to hire or retain people with criminal histories. A group of former Amazon delivery drivers in Massachusetts filed similar complaints, saying they had been unfairly fired because of an overly strict background check policy that disproportionately disqualified black and Hispanic workers, according to an article in The Boston Globe.

The Target conflict’s origins date to Ms. Times’s attempt to be hired as an overnight stocker at a Target store in South Windsor, Conn.

She said she had told Target interviewers that she had a misdemeanor conviction from 1996, when she was in her mid-20s. After several interviews, she said, she received what Target called a conditional job offer contingent on the results of a criminal-background check.

Later, she received a letter from Target with a copy of a background report showing she had two misdemeanor convictions from 1996, and she was eventually told that she would not be hired, according to court papers.

The second applicant named in the suit, Erving Smith, said he had applied for a job as a stocker at a Target store in Pittsburgh in 2014. He told interviewers that he had been convicted 10 years earlier of a drug-related felony, but received a conditional job offer.

Mr. Smith said a store manager called later to tell him that the offer was being rescinded because of the results of a background check, according to the suit.

The jobs in dispute included stocker, cashier and cart-attendant positions, which the suit said could provide “stable employment for many individuals who lack formal education or technical job skills and who are trying to get their lives back on track after some interaction with the criminal justice system.”

As part of the proposed settlement of the suit, Target agreed to institute a priority hiring process so that certain people who had been turned away could get jobs. Others who are retired, already employed or otherwise unable to benefit from a job would be eligible for awards of up to $1,000 apiece from the settlement fund, to which the company agreed to contribute $3.7 million.