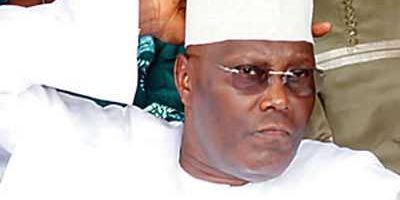 Former Vice President, Atiku Abubakar, has raised the alarm over poverty rate in the country, calling on the Federal Government to rise up to the task of governance.According to him, elected and appointed officials must be proactive in tackling issues affecting the people, as they have exercised enough patience with successive administrations.In a New Year message by his Media Office in Abuja on Monday, Atiku, while congratulating Nigerians, thanked God for keeping the nation together despite its myriad of security, political and socio-economic challenges.“Despite our challenges in the area of security, infrastructure, politics and economy, I am grateful to God for keeping us together as one,” he said.“It is my hope that we all will face the future of our country with confidence and fervent hope that God will grant us the better tomorrow we are working for.”The Turaki Admawa, urged leaders at different levels to brace up to the challenges of nation-building and economic prosperity for the nation and its people.Continuing, Atiku noted that “With hard work and dedication, elected leaders and public servants can rise to the expected challenges of national development and economic prosperity to redress the deepening poverty of ordinary Nigerians in 2014.“Public office holders should not take the magnanimity of the Nigerian people for granted,” he added.