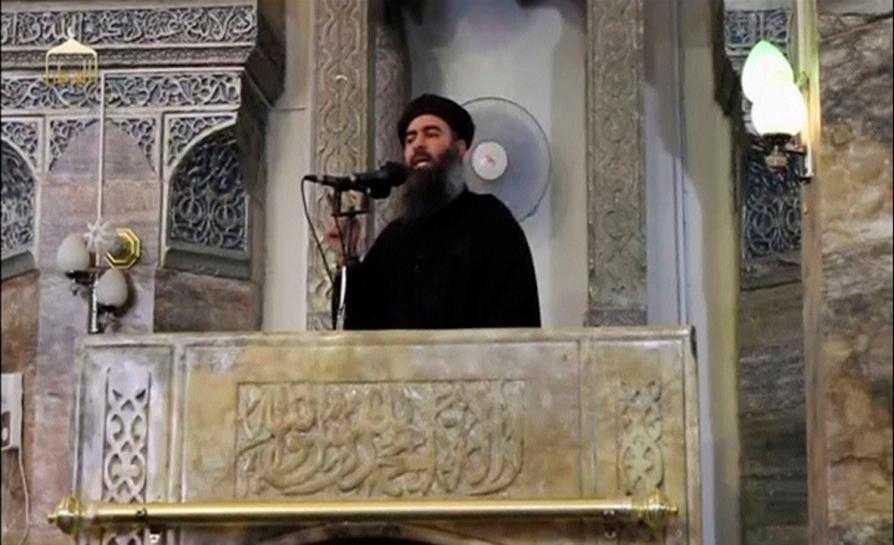 CAIRO/BEIRUT The Syrian Observatory for Human Rights told Reuters on Tuesday that it had “confirmed information” that Islamic State leader Abu Bakr al-Baghdadi has been killed.

The report came just days after the Iraqi army recaptured the last sectors of the northern Iraqi city of Mosul, which Baghdadi’s forces overran almost exactly three years ago.

Russia’s Defence Ministry said in June that it might have killed Baghdadi when one of its air strikes hit a gathering of Islamic State commanders on the outskirts of the Syrian city of Raqqa. But Washington said it could not corroborate the death and Western and Iraqi officials have been skeptical.

“(We have) confirmed information from leaders, including one of the first rank who is Syrian, in the Islamic State in the eastern countryside of Deir al-Zor,” said Rami Abdulrahman, the director of the British-based war monitoring group.

In Iraq, U.S. Army Colonel Ryan Dillon, spokesman for the U.S.-led coalition fighting Islamic State, said he could not confirm the news.

Abdulrahman said activists working with him in Deir al-Zor had been told by the Islamic State sources that Baghdadi had died, but not when or how. The sources said Baghdadi had been present in the eastern countryside of Syria’s Deir al-Zor province in the past three months.

The Pentagon said it had no information to corroborate the reports. Kurdish and Iraqi officials also had no immediate confirmation.

Baghdadi’s death has been announced many times before, but the Observatory has a record of credible reporting on the Syrian conflict. Islamic State-affiliated websites and social media feeds have so far said nothing.

The death of Baghdadi, who declared a caliphate governed by Islamic law from a mosque in Mosul in 2014, would be one of the biggest blows yet to the jihadist group, which is trying to defend shrinking territory in Syria and Iraq.

The United States put up a $25 million reward for his capture, the same amount as it had offered for al Qaeda leader Osama bin Laden and his successor Ayman al-Zawahri. It is not yet known if anybody will claim the bounty.

The Islamic State leaders killed in Iraq and Syria since the U.S.-led coalition began its air strikes include Abu Ali al-Anbari, Baghdadi’s deputy; the group’s “minister of war”, Abu Omar al-Shishani, a close military adviser to Baghdadi; and Abu Mohammad al-Adnani, one of its most prominent and longest-serving leaders.

Baghdadi was born Ibrahim Awad al-Samarrai in 1971 in Tobchi, a poor area near Samarra, north of the capital Baghdad.

His family included preachers from the ultra-conservative Salafi school of Sunni Islam, which sees many other branches of the faith as heretical and other religions as anathema.

He joined the Salafi jihadist insurgency in 2003, the year of the U.S.-led invasion of Iraq, and was captured by the Americans. They released him about a year later, thinking he was a civilian agitator rather than a military threat.

It was not until July 4, 2014, that he seized the world’s attention, climbing the pulpit of Mosul’s medieval al-Nuri mosque in black clerical garb during Friday prayers to announce the restoration of the caliphate.

Thousands of volunteers flocked into Iraq and Syria from around the world to become “Jund al-Khilafa”, or soldiers of the caliphate.

At the height of its power two years ago, Islamic State ruled over millions of people in territory running from northern Syria through towns and villages along the Tigris and Euphrates river valleys to the outskirts of the Iraqi capital Baghdad.

It claimed or inspired attacks in dozens of cities including Paris, Nice, Orlando, Manchester, London and Berlin, and in nearby Turkey, Iran, Saudi Arabia and Egypt.

In Iraq, it staged dozens of attacks targeting Shi’ite Muslim areas. A truck bomb in July 2016 killed more than 324 people in a crowded area of Baghdad, the deadliest attack since the 2003 invasion of Iraq.

The loss of Mosul and the siege of Raqqa, Islamic State’s capital in Syria, by a U.S.-backed, Kurdish-led force stripped Baghdadi of the trappings of caliph and made him a fugitive in the desert border area between the two countries.