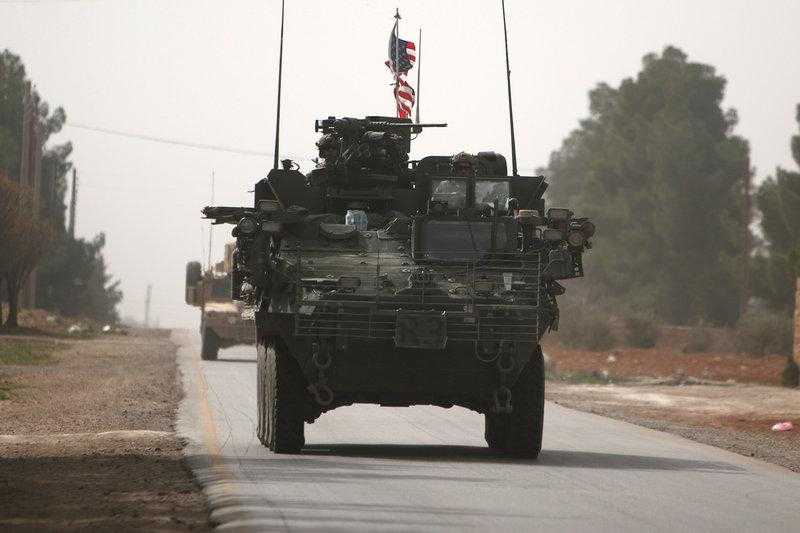 BEIRUT U.S.-backed Syrian forces said on Thursday they were closing in on Islamic State-held Raqqa and expected to reach the city outskirts in a few weeks, as a U.S. Marines artillery unit deployed to help the campaign.

The Syrian Democratic Forces (SDF), a militia alliance including the Kurdish YPG, is the main U.S. partner in the war against Islamic State in Syria. Since November it has been working with the U.S.-led coalition to encircle Raqqa.

SDF spokesman Talal Silo said: “We expect that within a few weeks there will be a siege of the city.”

Coalition spokesman U.S. Air Force Colonel John Dorrian said the additional U.S. forces would be working with local partners in Syria – the Syrian Democratic Forces (SDF) and the Syrian Arab Coalition – and would not have a front line role.

Some 500 U.S. personnel are already in Syria to help the fight against IS. A 400-strong additional deployment which arrived in recent days comprised both Marines and Army Rangers, Dorrian said, adding they were there temporarily.

Coalition airstrikes killed 23 civilians, including eight children, in the countryside north of Raqqa on Thursday, the Syrian Observatory for Human Rights, a Britain-based war monitor said. The coalition said it was investigating the incident.

Islamic State is also being fought in Syria by the Russian-backed Syrian military, and by Syrian rebel groups fighting under the Free Syrian Army banner with Turkish backing in northern Syria and Jordanian backing in southern Syria.

On the other major flank of the assault on IS, Iraqi forces aim to dislodge the militant group from west Mosul within a month.

This week, the SDF cut the road between Raqqa and the jihadists’ stronghold of Deir al-Zor province – the last main road out of the city which is bordered to the south by the Euphrates River.

Dorrian said the effort to isolate Raqqa was “going very very well” and could be completed in a few weeks. “Then the decision to move in can be made,” he told Reuters by telephone.

The artillery will help “expedite the defeat of ISIS in Raqqa”, he said, using another acronym for Islamic State. The Marines were armed with 155-millimetre artillery guns. Asked if they had been used yet, Dorrian said he did not believe so.

“We have had what I would describe as a pretty relentless air campaign to destroy enemy capabilities and to kill enemy fighters in that area already. That is something that we are going to continue and intensify with this new capability.”

A Kurdish military source told Reuters that further U.S. reinforcements were expected to arrive in the coming days.

The U.S. military alliance with the SDF and YPG has strained relations with U.S. ally Turkey, which views the YPG as an extension of the Kurdistan Workers Party (PKK) which has waged a three-decade insurgency in Turkey.

Fearing deepening Kurdish influence in northern Syria, Turkey has been pressing Washington for a role in the final assault on Raqqa. SDF spokesman Silo said the SDF had ruled out that idea during a meeting with U.S. officials last month.

“The Turkish side is an occupation force and it cannot be allowed to occupy more Syrian land,” he told Reuters. The meeting in northern Syria was attended by U.S. Senator John McCain and U.S. military officials, he said.

Dorrian said the Army Rangers were on a different mission to the Marines in a previously announced deployment near the city of Manbij to “create some reassurance” for Turkey and U.S. partners in Syria – a reference to the SDF.

Turkey says the Kurdish militia maintains a presence in Manbij. The YPG denies this.

Dorrian said a possible role for Turkey “remains a point of discussion at military leadership and diplomatic levels”.

He added that a new shipment of armored personnel carriers had been supplied to the Syrian Arab Coalition, part of the SDF which has been vetted by the U.S.-led coalition, since an earlier delivery was announced in late January.