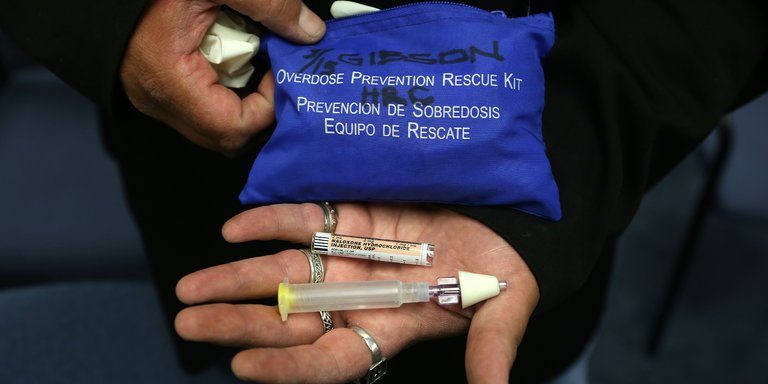 WASHINGTON — The United States Surgeon General, Dr. Jerome M. Adams, issued a national advisory Thursday urging more Americans to keep on hand and learn how to use the drug, naloxone, which can save the lives of people overdosing on opioids. Naloxone has already revived thousands of overdose victims as the opioid epidemic has intensified, but rescue workers have usually been the ones to administer it.

It was the first advisory issued by a surgeon general since 2005, and it underscored the urgency of addressing an opioid epidemic that has killed more than 250,000 people over the past decade, including more than 42,000 people in 2016.

Dr. Adams said making naloxone more available in communities across the country is critical to reducing overdose deaths among people prescribed high doses of opioids for pain, as well as those who abuse painkillers or illicit opioids like fentanyl and heroin.

“Each day we lose 115 Americans to an opioid overdose — that’s one person every 12.5 minutes,” Dr. Adams said in a statement. “It is time to make sure more people have access to this lifesaving medication, because 77 percent of opioid overdose deaths occur outside of a medical setting and more than half occur at home.”

Naloxone can be administered through a nasal mist or an injection, suspending the effects of an overdose and resuscitating the victim. Many police officers and emergency medical technicians already carry the drug, and most states and many cities have issued standing orders allowing anyone to get naloxone at a pharmacy without a prescription. Most insurance plans cover it, and people can sometimes get it for free or low cost through public health programs or manufacturer discounts.

Dr. Adams, who is scheduled to speak on Thursday at a conference in Atlanta, emphasized in the advisory that more opioid users, as well as their families and friends and anyone who regularly comes into contact with them, should carry naloxone.

The biggest factor in the increase in overdoses has been synthetic fentanyl and related highly toxic substances. Drug deaths involving fentanyl more than doubled from 2015 to 2016, accompanied by an upturn in deaths involving cocaine and methamphetamines. Together they add up to an epidemic of drug overdoses that is killing people at a faster rate than the H.I.V. epidemic at its peak.

Fentanyl is so powerful that emergency responders have often had to use multiple doses of naloxone to revive people who overdosed on it. Some critics have said it gives drug users a safety net, allowing them to overdose repeatedly with the assurance that they can be revived. But public health experts dismiss that notion as ridiculous, like saying seatbelts encourage riskier driving.

The price of naloxone has risen sharply as it has become more in demand, and though individuals can often get it at little or no cost through insurance or public programs, many local police, fire and health departments are struggling with the growing cost, which takes ever-larger chunks of their budgets.

Dr. Leana Wen, the health commissioner in Baltimore, said her city has to ration naloxone because it can’t afford to keep a stockpile on hand. She called on the Trump administration to negotiate directly with the manufacturers of naloxone to make it available at a steeply discounted rate.

“Every week, we count the doses we have left and make hard decisions about who will receive the medication and who will have to go without,” she said in a statement. “The federal government needs to follow their policy guidance with specific actions to actually ensure access.”

She added, “We should not be priced out of the ability to save lives.”