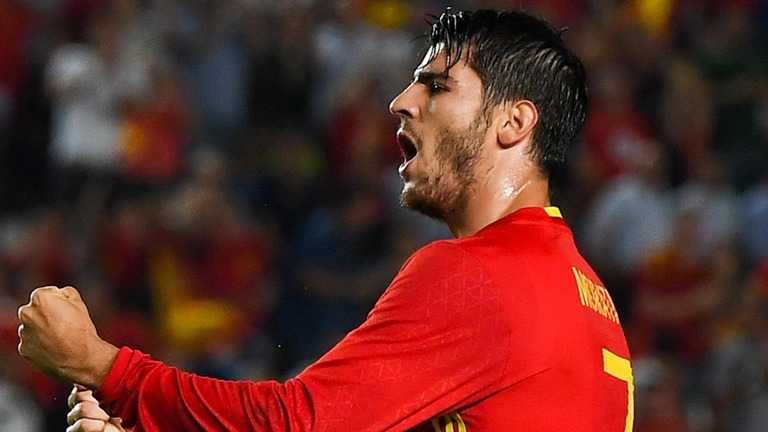 Alvaro Morata stepped off the bench to extend Spain’s unbeaten record under Julen Lopetegui by scoring a late equaliser in the 2-2 friendly draw against Colombia in Murcia.

Manchester City playmaker David Silva slotted home his 31st goal for Spain midway through the first half before Edwin Cardona equalised for the South Americans on 39 minutes.

Monaco forward Radamel Falcao put the visitors ahead shortly after half-time but Morata headed a leveller in the 87th minute as Spain made it nine games without defeat under Lopetegui.

Silva started and finished the move which put Spain ahead in the 22nd minute but the goal owed a lot to a fine cross from Pedro.

Having fed the ball into Iago Aspas, Silva continued his run into the box before the Chelsea winger picked him out superbly to convert left-footed from eight yards.

Pepe Reina had earlier pushed away a fine strike from Juan Cuadrado but the Spain keeper was not helped by his defence as Colombia equalised six minutes before the break.

A hopeful flick from Cuadrado saw Gerard Pique and Cesar Azpilicueta hesitate on the edge of the box, allowing Cardona to lob the ball over the stranded Reina.

Silva, Andres Iniesta and Jordi Alba were replaced at half-time by Spain and it appeared to have an immediate impact – but not the desired one – as Falcao put Colombia ahead.

The former Atletico Madrid striker rose above Azpilicueta at the back post to power home a header from James Rodriguez’s corner on 55 minutes.

Colombia goalkeeper David Ospina denied Koke moments later while substitute Morata grazed the bar with a header as the hosts sought an equaliser.

The Real Madrid forward, who has been linked with a move to Manchester United this summer, had the last laugh, though.

Morata darted in front of Cristian Zapata at the near post to brilliantly head past Ospina from Saul Niguez’s cross with just three minutes left.

Spain travel to Macedonia for a World Cup qualifying clash on Sunday while Colombia face Cameroon in a friendly in Getafe on Tuesday.