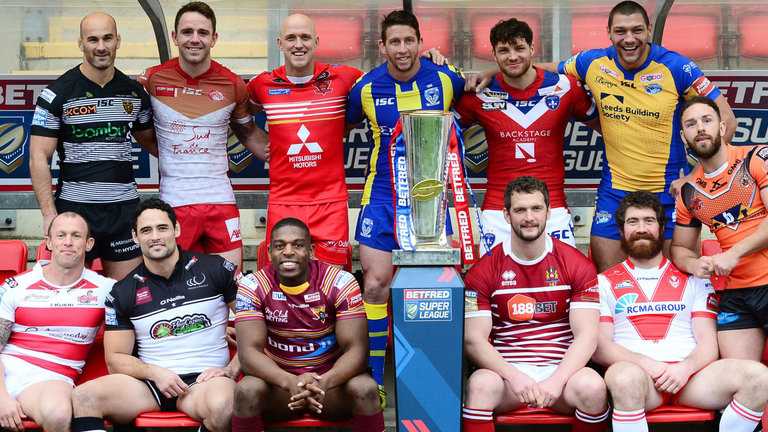 Can the new boys Leigh Centurions make it into the top eight at the end of 23 rounds to guarantee Super League survival, or are they in for another Super 8s campaign?

Our expert panel will be on hand before kick-off to share their views on how they see the Super League table finishing up.

Friday’s live game on the opening weekend sees Castleford take on Leigh on Sky Sports 2 from 7.30pm, while on Saturday Warrington head to Perpignan to face the Dragons on Sky Sports 3 from 5pm.

Defending champions Wigan get their season underway with a trip to the AJ Bell where they clash with Salford, but can they replicate the late form which helped them book a place in the Grand Final where they saw off Wolves at Old Trafford?