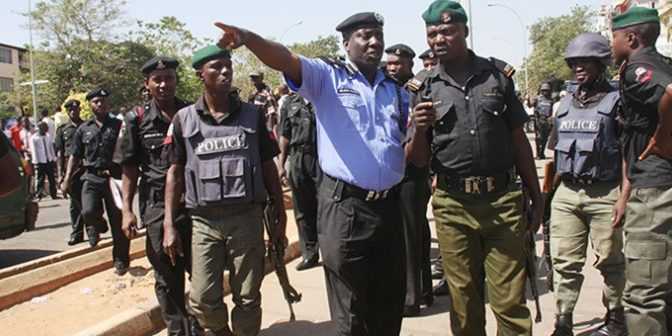 Penultimate week, Nsukka was awash with the news of the death of an eight-year-old girl, Chiemerie Asadu

According to sources, the girl’s dangling body was discovered at about 2. 30pm that Monday while her guardian, Mr. Dominic Ajibo said she was hale and hearty when he left the house in the morning. He wondered what would make a small girl of eight commit suicide.

Though the police spokesman in Enugu State, Ebere Amarizu confirmed the incident and said that the command had commenced investigation, what baffled many is the frequency of suicide cases in the Nsukka axis in recent months.

Investigations by Sunday Sun revealed that in the last one year, there have been at least 10 reported cases of suicides in the area six of which occurred in the last seven months.

Before the recent case, residents of Uwani Obigbo , Orba Nsukka had woken up a week earlier to discover the body of a 25-year-old fashion designer, Obiora Ugwunweze dangling from the ceiling inside his shop.

Obiora, an NCE holder from Federal College of Education, Eha – Amufu reportedly hanged himself dressed like a young man about to receive his heartthrob in immaculate clothes with shoes to match.

Obiora’s body was discovered by one Chikwado Attama who shared the same shop with him and had gone out to collect broom to sweep the shop when she saw his dangling body and raised the alarm. She had almost fainted before people could rush to the scene.

Sunday Sun gathered that Chikwado had earlier traveled to Onitsha but returned a day before the calamity. She had arrived the shop at about 10 am and reportedly met the door locked but for the fact that she had the key to the entrance door, she opened and went in to see the bizarre picture of the man she knew was hale and hearty the previous day.

Though Obiora’s remains have been buried, no one could say exactly the actual reason why he opted to take his own life because he left no suicide note.

On June 10, 2013, two suicide cases were reported at the university town of Nsukka, a development which left residents worrying over the spate suicides in the community.

The lifeless body of Toochukwu Obodo was discovered in a lonely corner at Ikenga junction, Nsukka. Toochukwu who hailed from Ovoko in Igbo Eze South Local Government but resided in Nsukka was a carpenter. Toochukwu’s lifeless body was discovered by his younger brother, Chinago very early on June 11 when he was going to the toilet. The deceased was seen dangling on a mango tree.  He was reported to have left their room at about 11pm the previous night.

On the same day, while people were still mourning Toochukwu’s tragic death, another dangling corpse was discovered at Umuizere, Umuihe Umabor Ehalumona where a father of five, Joe Eke also committed suicide.  Sources said the late Joe  had taken his children to school that morning before he hanged himself just behind his house.

Joe reportedly committed the act that afternoon when his wife was still in the market while the children were still in school.

The unfortunate trend continued unabated with the discovery of lifeless bodies of a native doctor and a commercial motorcyclist. The native doctor simply identified as Thankgod Ugwu reportedly hanged himself with a rope at No. 61 Mbuke Street, Ihunowerre, Nsukka. Investigation by Sunday Sun  revealed that the family had been engaged in a land tussle, which one of the warring parties was said to have invoked a dreaded deity called Adoro on the deceased. Not a few are of the view that the suicide may be connected with dreaded deity.

A commercial motorcyclist, identified as Ebuka Omeje also decided to end it all on a tree beside an uncompleted building in Ede-Oballa Nsukka. According to sources, the cyclist who lived alone was believed by co-tenants to have gone to work when they woke up in the morning. It was the next day when a fellow tenant noticed that his motorcycle was still in the usual position with the door left open. His corpse was later discovered by the owner of the uncompleted building who conveyed building materials to the site.

Another celebrated suicide case in Nsukka was the death of a 300-level student of the Department of Physics and Astronomy in the Faculty of Social Sciences, University of Nigeria, Nsukka.

The deceased, Okonkwo Onyebuchi popularly known as Buchi was found hanging at the new hockey pitch close to the male hostel section commonly referred to as “Franco Republic.”  Close sources said the deceased left a suicide note on which in which he reportedly wrote “the controversy has ended,” leaving many to guess which  controversy he referred to.

While the university community was smarting from the unfortunate death of Buchi, another suicide case was averted when a student of the institution (name withheld) attempted to put an end to his life too.

The student who was a class representative in one of the classes in the Department of English and Literary Studies allegedly sent text messages to some of his lecturers informing them of his intention to commit suicide. According to sources, the student cited the death of three of his family members in a road mishap recently and three Fs in his result as reasons for his decision to take his own life.

Lecturers in the department were said to have reportedly swung into action after receiving the text by raising alarm, interrupting classes and sending students in search of the young man.

He was eventually apprehended by other students on his way to the university cricket pitch and subsequently handed over to the authorities for counseling and rehabilitation.

At about the same period, news filtered through about the case of one Chika Ugwuanyi who also committed suicide using a pesticide.  The young man allegedly drank pesticide and was said to have started foaming  before neighbours saw and  rushed him to Mercy Hospital, Nsukka where the medical director confirmed him dead few minutes later. The reason for his action could not be ascertained.

Though the World Health Organization (WHO) described suicide as third  leading cause of death among the youths aged 15 – 44, there is a growing concern on the rise of suicide worldwide and the frequent cases reported in Nsukka in recent times. A cleric, Rev. Chuks Ogbonna in a chat with Sunday Sun said the trend was worrisome and needed urgent spiritual and physical solution before it got out of control.

Rev. Ogbonna noted that all religions forbade suicide just as he described those who committed suicide as express candidates of hell fire. He expressed concern on the need for the people, the church and the government to reinforce the campaign against suicide.

“Looking at the scenario, it is baffling that here in Nsukka, there have been many cases of suicides. I know suicide is not peculiar to any area and the fact is that many are not reported but I think we should be worried and concerned. The causes are spiritual and physical and I think we can only find solution to that when we tackle it holistically.  Our parents should have a value reorientation and also inculcate the needed values on their children. The government should realize that they need to create an enabling environment for happiness and the well being of the people to thrive. There are so many things frustrating us in Nigeria and the devil can use such opportunity to sell suicide as an easy route out to some people.

“Those of us on the pulpit need to intensify efforts in soul winning because any soul sold out to God can never contemplate suicide because suicide is from the devil. Remember what happened to Judas Iscariot after he betrayed Christ? Judas betrayed Christ while Peter also denied Christ but while Peter became penitent and asked for forgiveness, Judas felt that he has gone beyond redemption and instead opted for suicide which eventually became his doom,” the cleric said.

A Consultant Psychologist and Counselor, Bertrand Okechukwu told Sunday Sun in Onitsha that suicide cases first stem from suicidal feelings which if nurtured now leads to the actual act. He listed emotions that can trigger suicide feelings to include emotions of hopelessness, helplessness, fear, bullying, loss of inspiration, feeling unloved and unlovable as well as depression.

He noted that all negative emotions also have positive sides which can be used to neutralize the negative aspect and trudge on in life.

Quoting an online blog on suicide feelings, he said “life is what we make of it. Happiness is not the absence of problems but the ability to deal with them.  The original divine plan is that we are supposed to be living Heaven on earth.  This planet and our lives are a garden but gardens need constant tending, look for things that will make us happy, that will make us smile, that will make us sing, look for people who we admire and try to incorporate something into ourselves that we respect in them. Read biographies on people who have accomplished their dreams among other things,” he said.