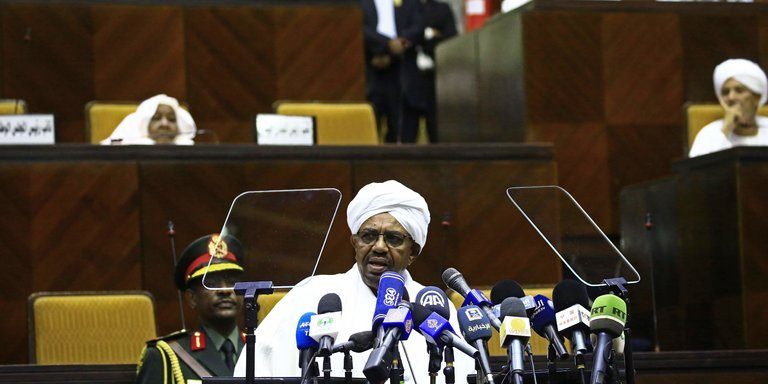 Sudan’s president has ordered the release of dozens of political prisoners, the state-run news agency Suna reported on Tuesday, an action that appeared intended to mollify human-rights critics.

The decision seemed to be a concession by the president, Omar Hassan al-Bashir, who came to power in 1989 in an Islamist and military-backed coup, and is wanted by the International Criminal Court on charges of crimes against humanity and war crimes committed in Darfur.

He is an international pariah. But Western governments have increasingly been working with his government, eager for his help in preventing violent extremism and in stemming the flow of African refugees northward into Libya and Egypt and then on to boats bound for Europe.

And in the last year or so, Sudan has achieved something of a rapprochement with the West. Last October, the Trump administration lifted a host of sanctions against the country, citing, among other things, its cooperation on counterterrorism.

The United States also signaled that it would consider removing Sudan from its list of state sponsors of terrorism, though it has not yet done so.

In January, protests erupted in Sudan after the government put forward a new budget that would have cut economic subsidies, possibly leading to higher consumer prices, while continuing to pour resources into military spending. The protests, fueled in part by the opposition Communist Party, led to the arrests of the political prisoners.

Last year, Mr. Bashir named a longtime ally to the new post of prime minister and said he would not seek re-election. But that is a pledge he has made and reneged on in the past.

“He’s a big liar, and I don’t think he will hand over power,” said Jalal Moustafa, an activist with the opposition Sudanese Congress Party, who says he was jailed from Jan. 6 to 15 without charges — the sixth time he has been held by the authorities.

“I was detained as a pre-emptive action to avoid us talking to people so they could cordon off the streets,” Mr. Mustafa, 58, said in a phone interview. He said he was verbally but not physically abused.

Mr. Bashir freed some 80 political prisoners in late February but at least 50 others remained in detention as of last weekend, including Mohamed Mokhtar al-Khatib, the leader of Sudan’s Communist Party.

Mr. Mustafa suggested that Mr. Bashir had freed the prisoners in anticipation of a scheduled visit by United Nations human rights officials.

“We know that at least a dozen are over 70, and another dozen over 60, and many of these older guys do have various health conditions,” she said of the other prisoners. The oldest was 83, she said.

“We have yet to receive reports of beatings and torture, but these are common in Sudan’s national security detention facilities,” she added. “They are notorious for keeping people in very cold rooms with lights on constantly and subjecting them to beatings during interrogation and we have documented those patterns for years.”