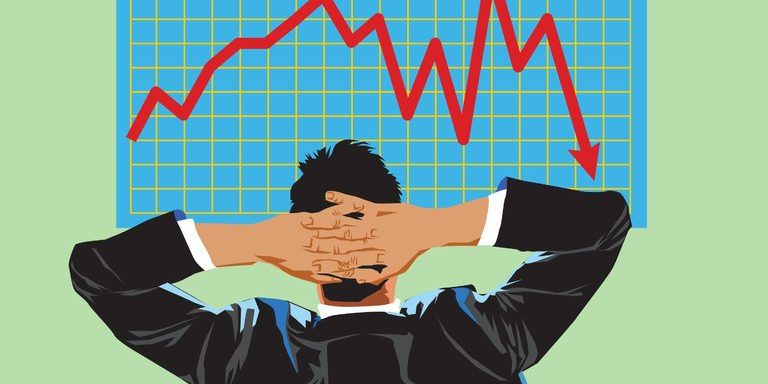 Why a Bigger Dose of Market Panic Could Help

That’s the view of James W. Paulsen, chief investment strategist of the Leuthold Group, an investment research firm based in Minneapolis. In some ways, panic is a subjective thing, he acknowledges, and it may seem that the storms that have swept through the stock market since early February have been more than enough already.

But Mr. Paulsen has data to back up his view that investors have maintained their composure to a surprising degree, and maintains that a bigger dose of fear could have a salutary effect.

“I think a much bigger panic is probably going to happen,” he said. “And I think the best thing for the market would be if it happened soon and we could just move on from there.”

Mr. Paulsen isn’t betting against the stock market, though. He remains a bull, but is convinced that valuations are too high and says the market’s nine-year upward trend isn’t likely to be sustained without a bigger adjustment in stock prices than has already taken place this year.

He bases these conclusions on some noncontroversial assumptions, which are widely shared: Stocks are priced at levels that are at the upward edge of historic bounds, and the recovery from the last economic recession remains in place but is now fairly mature and becoming increasingly vulnerable.

For now, in the odd, contrarian logic of the market, the fact that investors haven’t been overwhelmingly worried worries him. It implies that far bigger declines may be on the way.

First, consider what has happened in the stock market since it peaked on Jan. 26. The Standard & Poor’s 500-stock index fell more than 10 percent by Feb. 8 but didn’t keep dropping; it is now down about 5 percent from that peak. That’s not much of a drop, after the sharp gains of the last nine years, and, especially, in 2017 and early this year. Whenever the market has had sharp declines so far in 2018, it has rebounded quickly.

Yes, there have been sequences of ugly days, with declines of more than 2 and even 3 percent a day in the S.&P. 500-stock index. What’s more, the market has often looked absolutely horrendous when converted into the inflated currency of the Dow Jones industrial average, whose raw numbers have been swollen by outlandish gains since March 2009.

With the Dow in the 20,000-plus-range, a 100-point drop is barely worth noticing: It amounts to less than half a percentage point. Using this crude and misleading measure, the Dow had its biggest single-day decline in history on Feb. 5, with a drop of more than 1,175 points. But that amounted to only a 4.6 percent daily drop, a minor distraction, in percentage terms, when compared with the worst day in history. That was Oct. 19, 1987, when the Dow fell 22.6 percent.

Still, this year’s drops have garnered plenty of attention, but they have been followed by rallies, some of them within the same trading day, so that the overall change in the market is minimal.

The stock market returns themselves provide evidence that there has — as yet — been no major panic. But there’s more.

Investors have not merely supported stock prices in a weak market, they have also failed to bid up the prices of the traditional “safe haven” assets like Treasury bonds, gold, the dollar and defensive stocks like utilities that tend to hold their value when the overall stock market sinks.

Mr. Paulsen measured this effect by creating a proprietary Safe Haven proxy index, which combines these “risk-off” assets that tend to spike in value during crises. Treasury bonds, for example, have soared in value during past stock market downturns, but that generally hasn’t happened this time.

And while a stock market confidence index maintained by the Conference Board has fallen since the February decline, there’s little indication that investors have changed their behavior. “From the standpoint of behavior — meaning, what people are actually doing — there’s no sign that people have been fleeing stocks and moving to these assets,” he said.

He says that further stock market declines — or, at least, a hiatus in the market’s long-term upward trend — may be desirable for stock market bulls. The reason is that stock prices, by many measures, still seem unsustainably high, while the economic expansion that has supported those prices may have entered a new, more fragile phase.

One valuation metric, for example, the price-to-earnings ratio of the S.&P. 500, based on earnings over the past 12 months, is about 21. A more reasonable level, given historical averages and prevailing bond yields, would be a P/E of about 17, Mr. Paulsen said.

To get down to that level, prices can fall or earnings rise, or both can happen. The Wall Street consensus is that earnings will rise substantially this year — perhaps by about 15 percent, thanks, in part, to a boost from the recent tax cut.

“The problem,” Mr. Paulsen said, “is that the stock market rose so much last year that we’ve already paid ourselves a bonus from the tax cut and from earnings growth. The market needs to catch up with itself.”

A sideways stock market for the next year — with prices remaining close to current levels while corporate profits grow — would restore valuations to a healthier level with less pain, he said. That would amount to a gentle, protracted correction, after which the stock market might then be ready to resume its upward trend.

But a more violent correction is also possible, and, perhaps, more likely.

Consider that the economic recovery is robust enough for the Federal Reserve to have begun raising short-term interest rates, and that the Fed projects further increases over the next two years. With the tax cut stimulating an economy that already has low unemployment, the Fed could be impelled to move more forcefully to fend off rising inflation.

But when interest rates rise, many assets, including stocks, are often deemed to be worth less. Rising rates alone could be expected to have a negative effect on the stock market.

That’s why a further 15 percent drop in the S.&P. 500-stock index would not be shocking. The stock market could easily rebound after such a fall, with one important caveat: the health of the economy at that moment.

Right now, no immediate recession is in sight and, as Robert Shiller, the Yale economist, recently wrote, economists have a miserable track record in projecting recessions a year in advance. The yield curve — the relationship between short- and longer-term bond yields — has moved in a direction that may portend economic problems, but it is not sending out clear signals of distress, at least not yet.

But the consensus is that the economy will keep purring along. If it does, Mr. Paulsen says, a little stock market panic now may give the bull market the spur it needs for another strong run.