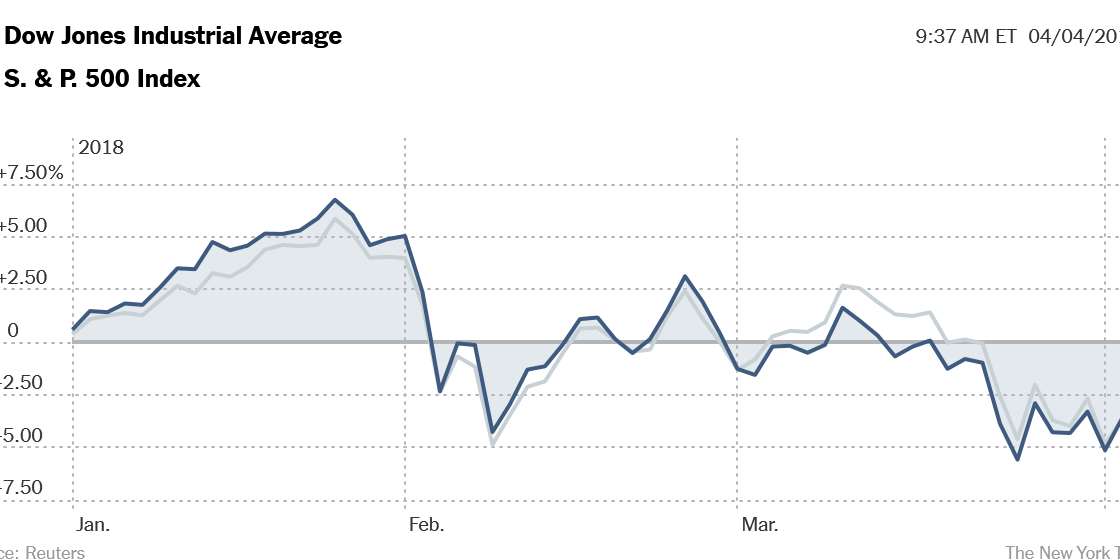 Stocks on Wall Street plunged on Wednesday amid an escalating trade dispute between the United States and China, the world’s two biggest economies, that investors fear could derail the current economic upturn.

Washington and Beijing have announced tariffs against each other, with the American actions being the latest in a series of protectionist moves by the Trump administration. President Trump has long accused China of unfair trade practices, and in recent weeks he has pushed for penalties against Chinese products as varied as steel, aluminum, aircraft parts and flat-screen televisions. China has responded in kind.

“The scale and speed of Mr. Trump’s actions would have been difficult to predict at the start of the year,” analysts at Deutsche Bank said in a note to clients on Wednesday before American markets opened. “The growth outlook is more uncertain than it was.”

The latest tariffs between the United States and China have largely involved advanced manufacturing technologies, a parallel dispute to one between the two countries over steel and aluminum. The overall value of the restrictions remains relatively small, given that total trade between the two countries amounts to around $650 billion a year. But economists and investors say that tensions could quickly ratchet up, and that tariffs could become more painful.

The protectionist moves by the White House have contributed to a reversal of much of the stock market gains that the president has trumpeted since he took office. The Dow, for example, has slipped in recent weeks to its lowest level this year, despite generally positive economic growth around the world and a tax overhaul in the United States that has helped bolster corporate profits.