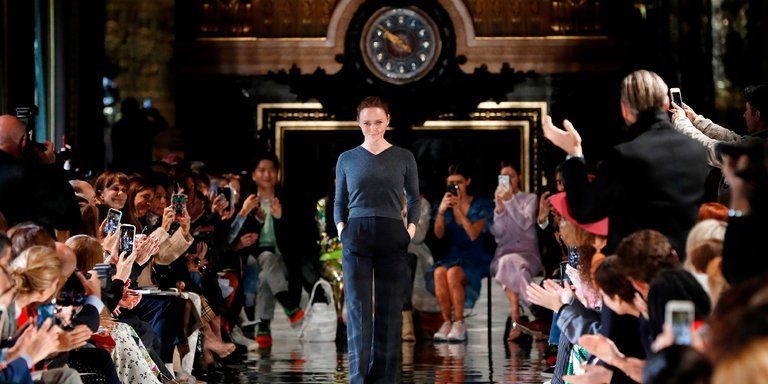 LONDON — Stella McCartney will buy back the 50 percent stake in her namesake fashion brand owned by the French luxury group Kering, ending a 17-year partnership and establishing the British designer as a rare independent label in a rapidly consolidating market.

The deal, announced Wednesday, followed months of speculation that Ms. McCartney and Kering were negotiating a sale.

Ms. McCartney, 46, founded the brand in 2001 as a joint venture with what is now Kering. Together they positioned Stella McCartney as one of the first luxury brands with socially conscious values, including sustainable fashion, and built it into one of the most prominent names in British fashion.

Ms. McCartney built her reputation on chic contemporary tailoring designs for women and men, a refusal to use leather or fur in collections, her highly successful collaboration with Adidas on active wear, and fast-growing licensing deals for eyewear, swimwear, lingerie and fragrance lines. Now, in a display of confidence in its future, she has chosen to become her company’s sole owner.

“It is the right moment to acquire full control of the company bearing my name,” Ms. McCartney, a daughter of the former Beatle Paul McCartney, said in a joint statement from her and Kering. “This opportunity represents a crucial patrimonial decision for me. I am extremely grateful to François-Henri Pinault, his family and everyone at the Kering group for everything we have built together.” Mr. Pinault is the chairman and chief executive of Kering.

Kering does not break out earnings for Stella McCartney (the only brand it does not fully own), but the label accounts for a much smaller percentage of sales than Gucci — Kering’s biggest revenue generator — or Saint Laurent and Bottega Veneta. In a note to investors on Wednesday, Thomas Chauvet, an analyst at Citigroup, estimated that the McCartney brand had achieved sales of 260 million euros, or about $320 million, in 2017 — or 2 percent of the sales of Kering’s luxury division.

“It is the right time for Stella to move to the next stage,” Mr. Pinault said in the statement, adding that the two would continue to work closely together in the field of sustainable fashion.

The statement said the joint venture would wind down over an extended period to minimize disruptions to the Stella McCartney business.

By going it alone, Ms. McCartney will be bucking the trend in the luxury space, where independently owned and operated labels are few and far between. Intense competition between Kering and the rival conglomerate LVMH Moët Hennessy Louis Vuitton has fueled the consolidation.

More recently, two American companies have entered the playing field: Coach, which bought Kate Spade for $2.4 billion in May, and Michael Kors, which bought Jimmy Choo for $1.2 billion in July. Both have since publicly promoted ambitions to make further acquisitions.

Ms. McCartney is unlikely to be atop their list, given her decision to stand on her own two feet. “I look forward to the next chapter of my life and what this brand and our team can achieve in the future,” she said.