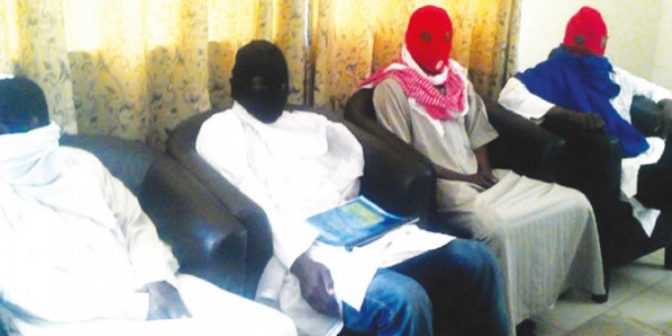 A pan Igbo socio-cultural and political organisation, Obigbo, at the weekend,

warned the Boko Haram sect against extending its insurgency to the South eastern part of the country.

This is coming on the heels of the June 15 foiled plan to bomb Living Faith Church in Owerri, Imo State and the arrest of  486 Boko Haram suspected members in Abia State. Against the backdrop of infiltration of the insurgent group in Igbo land, the national leader of Obigbo, Chief Charles Ugochukwu Ahize, at a press conference in Lagos noted that at no time than now has the corporate existence of Nigeria been threatened and described the activities of the Islamic sect as despicable and satanic.

According to him, if the bombs had exploded in the church that had over 10,000 worshippers on that Sunday, the calamity would have been monumental as every Igbo family would be affected.

The group leader pointed out that after the failed attempt to bomb the church, the following day, soldiers in Abia State intercepted 35 buses loaded with Boko Haram members and their intention Chief Ahize said was to bring terrorism to the South East

“Not long after, soldiers of the 144 Battalion of the Nigerian Army in Asa near Aba, Abia State intercepted 35 buses loaded with insurgents. A total of 486 members were arrested. Despite the claim of a Northern group that these men were traders going on their lawful businesses, the Director of Information, Defence Headquarters, Nigerian Army, Major General Chris Olukolade, confirmed that a terror kingpin, on the list of wanted terrorists was detected among  the 486 suspects,” Ahize said.

With this unhealthy development, he lamented that there was a clear and present danger to lives and property in Igboland. He, therefore, further warned the insurgents and their financiers that the South East region was no go area for them to perpetrate their dastardly act.

According to him, it is on record that since the advent of Boko Haram in 2009, Ndigbo had been worst hit, “they have been targeted and slaughtered in their numbers. This has caused those residing in the Northern part of the country to flee, abandoning their property, which they laboured over the years to acquire. The concomitant effect of this development is an increasing number of Ndigbo, who were becoming refugees in their own country,” this he said was a pill too bitter to swallow.

He noted that despite the fact that the Igbo race has suffered enough marginalisation, subjugation and injustice, it has continued to contribute immensely to the economic development and the unity of Nigeria.

He threatened that there would be a reprisal of colossal proportion if any life was lost on Igbo soil.

“We want to make it clear to Boko Haram insurgents, some political elements, a few of the shameless Igbo politicians collaborating with them that if any life is lost on Igbo soil as a result of Boko Haram, there will be a reprisal of monumental proportions that the country will find it difficult to contain. Ndigbo will not be part of any activity that will disintegrate Nigeria but will not stand and watch while her people are killed in her domain.

“The world and Nigeria should be thankful that the bombs did not explode. Boko Haram insurgents are just beginning to learn how to make improvised bombs, the technology that produced Biafran Ogbunigwe and flying buckets that are capable of obliterating an entire state is still with us.”

The group said it was also aware of plans by Boko Haram to bomb large markets across the country to destroy the economy of Ndigbo. In this vein,  Obigbo stated that it  was holding meetings with market leaders to map out strategies to protect lives and property of Ndigbo all over Nigeria.

The Obigbo leader urged all the governors of the South Eastern states to work in unison in tightening security in the region and its borders and suggested the need to establish a well funded and trained community based vigilance groups that will collaborate with security agencies, and  emphasised that the time to act is now.  Ahize advised all to be alert on security issues, maintaining that eternal vigilance is the price of liberty.

He commended security agencies for the efforts they have made so far to combat insurgency in Nigeria, acknowledging that they have constraints and challenges in discharging their duties. He urged them not to relent in their efforts until the insurgency is defeated and the war is won.