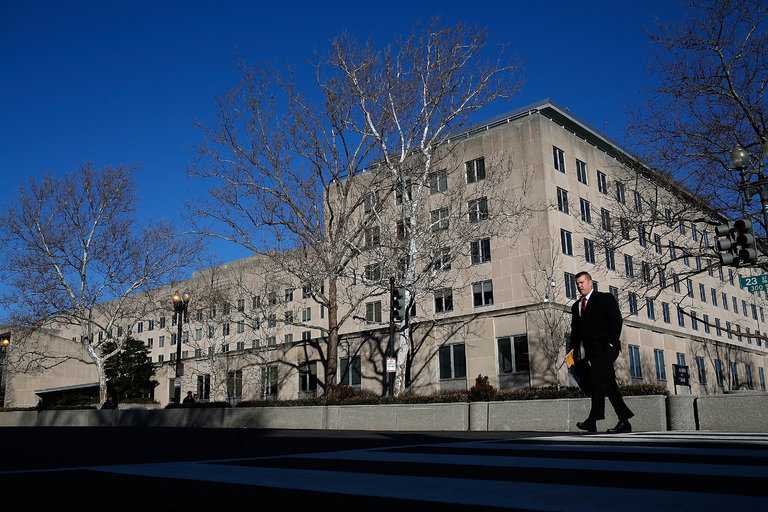 NAIROBI, Kenya — It started out in Washington.

Then it went to Jakarta. Then across Africa.

Within hours, a State Department dissent cable, asserting that President Trump’s executive order to temporarily bar citizens from seven Muslim-majority countries would not make the nation safer, traveled like a chain letter — or a viral video.

The cable wended its way through dozens of American embassies around the world, quickly emerging as one of the broadest protests by American officials against their president’s policies. And it is not over yet.

NAIROBI, Kenya — It started out in Washington.

Then it went to Jakarta. Then across Africa.

Within hours, a State Department dissent cable, asserting that President Trump’s executive order to temporarily bar citizens from seven Muslim-majority countries would not make the nation safer, traveled like a chain letter — or a viral video.

The cable wended its way through dozens of American embassies around the world, quickly emerging as one of the broadest protests by American officials against their president’s policies. And it is not over yet.

The State Department has 7,600 Foreign Service officers and 11,000 civil servants.

The letter had been evolving since this weekend, when the first draft emerged. It was edited as it moved along, with some diplomats adding words and others striking out passages.

Some officials who were trying to sign the document on Tuesday said it was not clear who was in charge or who was collecting signatures. The letter was passed through official State Department email accounts and on government time — several diplomats said union rules allowed them to work on dissent memos on the clock.

“Policy dissent is in our culture,” said one diplomat in Africa, who did not want to speak publicly before the letter was released. “We even have awards for it.”

Some diplomats said they joined the dissent by sending an email saying “I’m in” or “Please add my name as a signer” along with their full name, title, position and post.

The letter was apparently circulated through informal networks of diplomats and not through any State Department-wide email list. One diplomat on vacation in the United States said he received the letter from a colleague in another part of the world who was not connected to the drafters and was simply passing it along.

The diplomat predicted that hundreds of other diplomats would be eager to sign it if they could, but because of the complications of figuring out where the dissent memo originally came from, he was not sure how many would actually sign it.

Most people in the State Department have never seen anything like this, the diplomat said. He said dissent memos were reserved for major policy issues, not for little grumbles like bad food in the embassy cafeteria.

That diplomat also requested anonymity, saying that Foreign Service officers were not supposed to criticize American policy publicly and that he did not want to open himself up to accusations that he had violated the rules. That could threaten his job, he said, especially in such a polarized environment.

This is exactly what the dissent channel, as it is called, was intended for.

Starting in 1971 during the Vietnam War, the channel encourages department officials to voice their criticisms internally through a process of sending a memo or a cable to the secretary of state expressing their concerns and suggesting solutions. The final part of the visa ban memo lays out detailed alternatives, including increased vetting for specific nationalities.

But however officially tolerated, several veteran diplomats said dissent was still risky. When it comes to ambassadorships, the selection process is highly competitive — and highly subjective — and the diplomats said it would be impossible to prove why someone had been blocked from a coveted post. Previous dissent could easily be used against the person.

Some State Department officials said on Tuesday that they would not sign the letter because of those risks. While one said he disagreed with the visa ban, he considered it his job to enforce American government policies whether or not he agreed with them.

Other diplomats said the letter did not mean that dissenters would disobey the visa ban. The intent was to try to change the policy so the ban would be lifted, they said.

The diplomat who said he would not use a dissent memo to complain about cafeteria food said that he had been torn when the United States invaded Iraq because he was strongly against the war, but that he did not know how to express his concern.

He said he was just starting out at the time.

The visa ban, he said, “was such obviously bad policy” that he was trying to find a way to sign the dissent letter.

He also said that many diplomats were using the letter as a vehicle to express broader concerns about the way the Trump administration has appeared to sideline the State Department.

The diplomat spoke in defense of refugees, saying that the tiny percentage from, say, Somalia who had been approved for resettlement in the United States had been scrutinized by several agencies and were among the most vulnerable of very vulnerable people. Now, many are stuck in limbo in transit centers.

The diplomat also criticized Mr. Trump’s press secretary, Sean Spicer, who said on Monday that State Department officials who did not agree with Mr. Trump’s agenda “should either get with the program or they can go.”

He called that “bullying at the highest levels.”