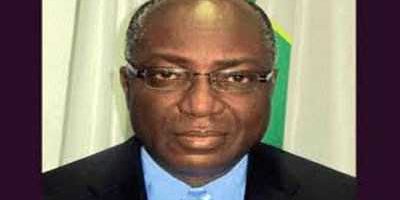 Investigations into the activities of the co-owner of Amigo Supermarket, Mustapha Fawaz, and three other Lebanese – Abdalah Tahini, Talal Rouda and Khosai Nouridine – arrested in connection with the armoury and Hezbollah terror cell in Bompai, Kano State, have taken an international dimension, according to the State Security Service.

Also, preliminary investigations have established a more serious case of terrorism against the Lebanese suspects.

These revelations emerged in a counter-affidavit filed by the SSS to oppose a suit before an Abuja Federal High Court, in which the Lebanese are challenging their arrest and detention.

The Lebanese joined the SSS, the Inspector-General of Police and the Attorney-General of the Federation and Minister of Justice as defendants in the suit in which they demanded N50bn compensation, as well as an order restraining the defendants from extraditing them without following due process.

But in a counter-affidavit filed by the SSS, the security agency opposed the Lebanese application, and instead advanced reasons why it should continue to hold onto the suspects.

It told the court that ongoing investigations into the activities of the Lebanese suspects had taken an international dimension.

There were also indications that the Lebanese might face terrorism-related charges as the SSS in the counter-affidavit, also informed the court that preliminary investigations had established a terrorism case against them.

Part of the counter-affidavit read, “That preliminary investigation has established a more serious case of terrorism.

“That the investigation has assumed an international dimension and sophistication requiring time and advanced expertise to conclude.”

The SSS insisted that the suspects were members of the Hezbollah military wing, an international terrorist organisation.

The counter-affidavit also disclosed that prohibited firearms and other incriminating items were discovered in Fawaz’s residences at Wonderland Amusement Park, Abuja, and 58 Adetokumbo Ademola Street, Wuse 2, Abuja, while the sum of $61,170 was found on Tahini when he was arrested at the Mallam Aminu Kano International Airport, Kano, on his way to Egypt en route Lebanon.

In the same vein, the SSS faulted the Lebanese claim that they were arrested and detained without being taken to court, arguing that the suspects had already been arraigned before a Magistrate’s Court in Karu, a town on the outskirts of the Federal Capital Territory.

Meanwhile, the suspects were produced before an Abuja Federal High Court on Thursday, in compliance with an order made by the presiding judge, Justice Adeniyi Ademola, on Monday, June 10, 2013.

Justice Ademola had made the order following an ex parte motion brought by counsel for the Lebanese suspects, Chief Robert Clarke, SAN.

Hearing of the suit in which the suspects asked the court to enforce their fundamental rights was slated for Thursday, but the hearing could not proceed as the counter-affidavit was only served on the Lebanese on Thursday morning.