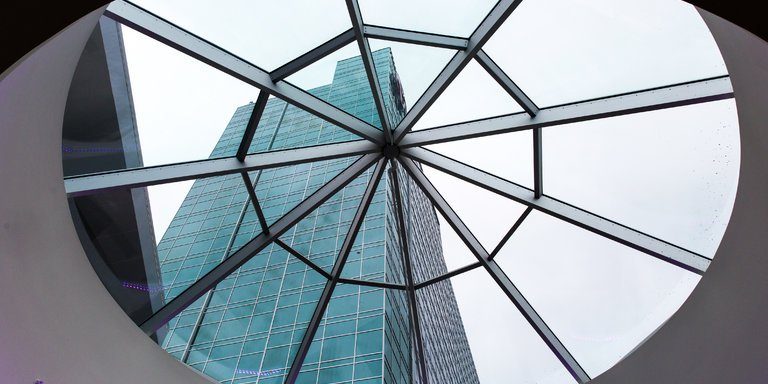 In the Catskills, New Hope for the Return of Tourism

THOMPSON, N.Y. — Patti Greco Sunshine, 57, a longtime resident of this town near the Catskill Mountains in Sullivan County, has watched as the region’s once-mighty hospitality industry literally crumbled around her.

The Pines resort, where Ms. Greco Sunshine, a professional singer, made her regional debut in 1970 at the age of 10, and which closed in the late 1990s, is now a rotting hulk.

Similarly, the Breezy Corners Bungalow Colony, where Ms. Greco Sunshine went to camp as a child, was bulldozed a few years back. It was replaced by a casino hotel, Resorts World Catskills, which opened last month.

But rather than bemoan the changes, Ms. Greco Sunshine has capitalized on them. In October, she relocated a business she owns, the Funky Hippy Chic Boutique, to a street by the new casino, betting that visitors might stop in for her colorful clothes.

“Some think the casino has arrived a little late because people have already sold their homes and gone on to do other things,” Ms. Greco Sunshine said. “But those of us who stayed are hoping the whole community benefits.”

The casino is not the only tourism-focused project to stir hopes of renewal in the struggling county, a landscape of low hills about two hours from New York.

Developers are working on or have completed a string of resort and hotel projects, including a gleaming new yoga retreat, a converted former furniture store and a renovated lakeside boardinghouse.

It is contributing to a small but significant increase in the number of hotel rooms, according to the Sullivan County Visitors Association.

After remaining flat for more than a decade, the number of rooms has jumped 25 percent in the past few years and now totals 2,100 across about 50 properties, the association said.

But that seems like a sliver of what existed in the mid-20th century, the borscht belt era memorialized by the movie “Dirty Dancing.”

Indeed, in the early 1950s, there were more than 500 hotels in the area, plus 2,500 bungalow colonies, including some in neighboring Ulster County, according to historical accounts.

Hotel proponents have also pointed to the Bethel Woods Center for the Arts, the performance space that opened in 2006 on part of the site of the 1969 Woodstock festival. The center drew 265,000 guests in 2017, a spokeswoman said, and some of those music fans were presumably looking for places to spend the night.

Few seem willing to go out on a limb and predict that the revived hospitality business will lead to widespread growth. After all, the county’s comeback has been heralded before.

But the signs of progress can seem heartening. “We’re just at the beginning of this,” said Marc Baez, the president of the Partnership for Economic Development in Sullivan County, a nonprofit organization that lends to small businesses and matches developers with land and tax-incentive packages.

And yet, “there’s a certain different mood when you drive around the county, from the average resident up into the business community,” Mr. Baez added.

Much of the optimism seems to focus on jobs. Though it has dropped considerably in recent years, the county’s jobless rate in January was 6 percent, versus 4.1 percent in Manhattan.

That rate could dip further because of Resorts World Catskills, whose site was owned in recent years by the Concord Resort Hotel, a once-grand getaway that has been razed. Of the 1,000 people who work at Resorts World, which is connected to an 18-story, 332-room hotel, about 600 are from Sullivan County, said Ryan Eller, the chief executive of Empire Resorts, the owner.

And when other hotels and amenities like an indoor water park and a golf course open on the property by spring 2019, resulting in a total of about 800 rooms, the $1.2 billion project will employ about 2,200 people, Mr. Eller said.

But jobs could be in jeopardy if business falters, critics say. And the casino may have competition.

Other casinos awarded gambling licenses since 2014 to help stimulate their upstate communities include Tioga Downs Casino in Nichols, about 120 miles away, and Rivers Casino and Resort in Schenectady, about the same distance. Resorts World even owns a casino in Queens.

Mr. Eller said the competitors did not offer the same family-friendly amenities. “This goes beyond pure gaming,” he added.

But casinos in New York State have suffered from lower-than-expected revenue.

On a weekday afternoon in March, the parking lot at Resorts World Catskills had about 200 cars but was not full. Mr. Eller declined to share attendance figures but said snowy weather was probably dampening totals. “We’re pleased with the amount of visitation that we’ve seen,” he said.

The county has been generous with tax incentives. Officials defend them as necessary to attract business.

But the property tax breaks phase out over time, said Subhash Chandra, the chairman of Essel Group, a company based in India that is developing Yo1 Wellness Center, a 350,000-square-foot, 131-room complex on Baileys Lake.

The $165 million project, which is to open in May, is expected to create 200 full-time jobs, said Mr. Chandra, who considered sites in Massachusetts and on Long Island before arriving upstate.

Named for the Sanskrit word for “youth,” Yo1 will offer yoga, acupuncture and meditation classes, Mr. Chandra said. Situated on a slice of the former Kutsher’s Hotel and Country Club, a popular borscht belt resort that closed in 2013, Yo1 is just a piece of Mr. Chandra’s development plans for the huge property.

Eventually, the 1,400-acre site will have a convention center with its own hotel. And that center will repurpose three Kutsher’s buildings that Mr. Chandra left standing when he otherwise cleared the site, including a racquetball complex. “Our theory is that nothing is permanent in life,” he said.

By emphasizing wellness, as opposed to shuffleboard and stand-up comedy, Yo1 brings the region’s tourism back to its origins, said John Conway, Sullivan County’s historian.

Beginning in the 1830s, the county was a refuge for city dwellers seeking a healthier environment, especially to rebound from tuberculosis, Mr. Conway said. Those visitors stayed in rustic retreats and engaged in activities like fishing, he added.

It was not until after World War II that the all-inclusive, and indoor-focused, resorts sprang up, he added. “This was the ‘fortress hotel’ that became the standard for Las Vegas casinos,” Mr. Conway said.

It’s the period before the borscht belt that informs Sims Foster, a co-founder of Foster Supply Hospitality, which owns four small hotels in the more-rural western part of the county, where Mr. Foster grew up.

All the buildings were existing and extensively renovated after being purchased, like the DeBruce, a 14-room lodging that opened last year in Livingston Manor on Willowemoc Creek. It features a dining room with hemlock tables and a wood stove, but also an optional nine-course tasting menu.

“Building a new building on top of the hill is going to make everybody nervous,” Mr. Foster said. Other locations include the Nine River Road, on the Delaware River in Callicoon, an 1880s former furniture store that is now an eight-room hotel.

Mr. Foster, who works with his wife, Kirsten Harlow Foster, is at work on a fifth property, a former boardinghouse in Kenoza Lake that will have 17 rooms. Twelve cabins will also be offered on the 55-acre property when it opens in 2019, he said.

Hotel developers say some benefits will be indirect. After being introduced to the area, guests could be inspired to buy second homes, they say. Already, weekenders have helped revitalize the commercial districts in places like Narrowsburg and Livingston Manor, whose tiny downtowns have a vibrant mix of bistros and housewares shops.

Buying a weekend retreat certainly would not be a new trend. As it is, the population of 70,000 in Sullivan County almost doubles when weekenders are counted, Mr. Baez said. Some part-timers even live in old-time bungalow colonies that went co-op years ago.

But there may be room to grow, said Dawn J. Curreri, the owner of the Eagle Valley Realty. Prices for single-family houses, which average about $200,000, still have not surpassed their prerecession levels, Ms. Curreri said.

And if anything, the new hotels, with workers from elsewhere in some cases, seem to be stimulating the rental market. “It’s too early to tell” what the effect of the new tourism infrastructure will be, Ms. Curreri added.

“But there are a lot of really good things happening in the entire county,” she said, “and they’re all positive.”