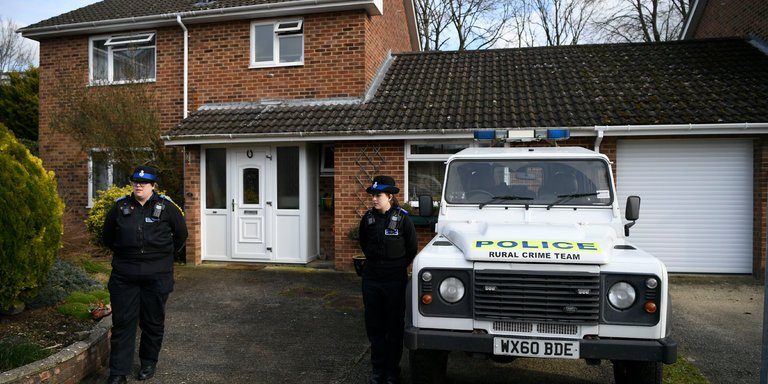 Russia has been researching the application of chemical agents to door handles as a way to assassinate its enemies, and has been training personnel “from special units” to carry out such attacks, said Mark Sedwill, Britain’s national security adviser, on Friday in a letter to the secretary general of NATO.

Mr. Sedwill’s letter, the most detailed account of British intelligence on the subject to be shared with the public to date, also revealed that President Vladimir V. Putin of Russia was “closely involved in the chemical weapons program” beginning in the mid-2000s.

During that period, the letter claims, Russia was secretly developing the nerve agents known as Novichok that British officials say were used in the March 4 attack on Sergei V. Skripal and his daughter, Yulia, in the quiet cathedral city of Salisbury, England.

(Means, motives and expertise: Read the letter Britain sent to support its claim that it is “highly likely” Russia was responsible for poisoning the Skripals.)

Russian officials have strenuously denied producing Novichok or carrying out the attack, which has brought relations between Britain and Russia to a post-Cold War low.

In a news conference Friday afternoon, the Russian ambassador to Britain, Aleksandr V. Yakovenko, dismissed the letter and “all these allegations” surrounding the nerve agent attack as having “nothing to do with reality.”

Russia, he said, repeating a claim the Kremlin has asserted throughout the Skripal affair, eliminated all of its stockpiles of chemical weapons in 2017, and as for Novichok, “We did not produce it and didn’t store it.”

Mr. Skripal remains hospitalized nearly five weeks after he was poisoned, but his daughter, Yulia, has recovered and was moved to a secure location this week.

The letter adds that Russian intelligence services “view at least some of its defectors as legitimate targets for assassination.”

“We therefore continue to judge that only Russia has the technical means, operational experience and motive for the attack on the Skripals, and that it is highly likely that the Russian state was responsible,” the letter says. “There is no plausible alternative explanation.”

The letter comes as British officials try to consolidate European support for united actions against Russia. The central element of Britain’s case against Russia is the unusual nerve agent used in the attack, which was developed in Soviet laboratories during the last years of the Soviet Union.

Last week, the chief executive of the Defense Science and Technology Laboratory in Porton Down, Britain’s premier chemical weapons laboratory, said its scientists could not identify “the precise source” of the chemical, though its purity indicated that it was almost certainly created by a “state actor.”

Mr. Sedwill’s letter lays out further British intelligence on Russia’s chemical weapons programs, reporting that the Novichok agents, a strain referred to in Russia as Foliant, were developed at the State Institute for Organic Chemistry and Technology at Shikhany, a small town on the Volga river, in southern Russia. It says that Russia continued to produce the agents after the breakup of the Soviet Union, but did not declare the work to the Organization for the Prohibition of Chemical Weapons.

It goes on to say that “during the 2000s,” Russia created a special unit to develop chemical weapons for use as tools in state-sponsored attacks and to “train personnel from special units in the use of these weapons.”

“This program subsequently included investigation of ways of delivering nerve agents, including by application to door handles,” it says. “Within the last decade, Russia has produced and stockpiled small quantities of Novichoks under the same program.”