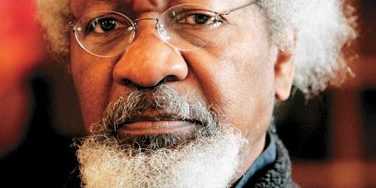 Nobel Laureate Prof. Wole Soyinka has come down hard on Nigeria’s Muslim leaders, saying that their oft-repeated claim that Boko Haram’s activities are un-Islamic does not in any way free them from blame.

Soyinka, in a video address yesterday to the World Humanist Congress, at which he was presented with its main award, argued that even moderate religious leaders may be “vicariously liable” for sectarian hatred if they have failed to argue against it.

A report in the British newspaper, The Independent, quoted him as saying that Boko Haram’s members considered abducting 200 girls to be “virtuous” and moderate Muslims could not simply disavow their actions with “pious incantations” that “these are not the true followers of the faith”. “We have to ask such leadership penitents: ‘Were there times when you kept silent while such states of mind, overt or disguised, were seeding fanaticism around you? Are you vicariously liable?’” was further quoted as saying.

He was also quoted as making it clear that the actions of the Islamist extremists of Boko Haram – bombing churches, killing civilians and abducting girls – are a warning to the world.

“The conflict between humanists and religionists has always been one between the torch of enlightenment and the chains of enslavement,” said Soyinka. “Those chains are not merely visible, but cruelly palpable. All too often they lead directly to the gallows, beheadings, to death under a hail of stones. In parts of the world today, the scroll of faith is indistinguishable from the roll call of death.

“The lesson of Boko Haram is not for any one nation. It is not for the African continent alone. The whole world should wake up to the fact that the menace is borderless, aggressive and unconscionable.”

The report said that Soyinka was presented with the International Humanist Award at the secular body’s annual conference, attended by more than 1,000 delegates from 67 countries.