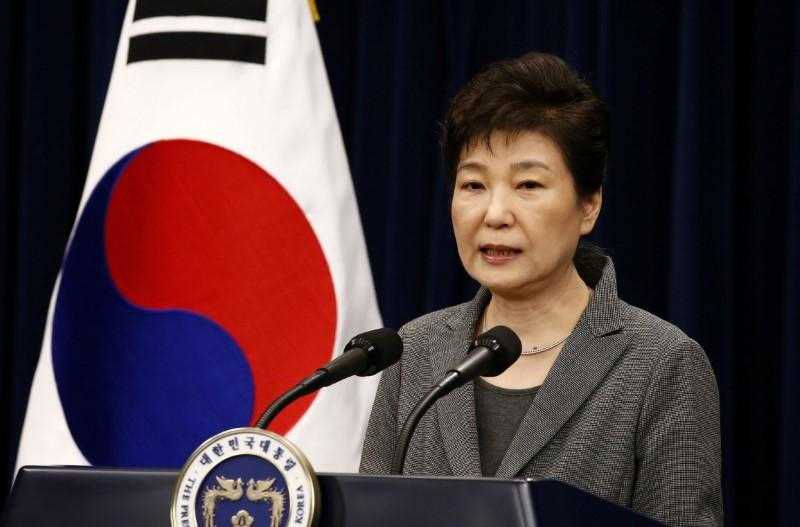 SEOUL The South Korean politician likely to emerge as the next president promised justice and common sense on Sunday as workers renovated the home of ousted leader Park Geun-hye to prepare for her departure from the presidential Blue House.

The Constitutional Court ruled on Friday to uphold a parliamentary vote to impeach Park, dismissing her from office over an influence-peddling scandal that has shaken the country’s political and business elite.

A snap presidential election will be held by May 9.

“We still have a long way to go. We have to make this a country of justice, of common sense through regime change,” Moon told a news conference on Sunday.

“We all have to work together for a complete victory.”

Park, 65, is South Korea’s first democratically elected leader to be forced from office.

Her ouster followed months of political paralysis and turmoil over a corruption scandal that also landed the head of the Samsung conglomerate in jail and facing trial.

Park did not appear in court on Friday and she has not made any comment since. She has remained at the Blue House though would leave at some time and return to her Seoul residence, a spokesman said on Friday.

The spokesman was not available for comment on Sunday but media outside her private home in Seoul’s upmarket Gangnam district said renovators were working inside the house.

The Yonhap news agency cited Blue House officials as saying Park was expected to move out of the presidential complex as soon as the renovation on her private home was finished, perhaps on Monday.

Moon called on Park to publicly accept the court ruling.

He said it would be cruel to force her out of the Blue House while her private home was being prepared for two or three days. But he warned that she should not try to destroy or remove any documents when she left.

Thousands of Park’s opponents rallied in Seoul on Saturday, where they have been gathering every weekend for months, to celebrate her departure and demand that she be arrested.

The former president’s conservative supporters also took to the streets not far away, though fewer in number.

Police were out in force with riot shields but there were no reports of trouble.

Two pro-Park protesters were killed as they tried to break through police lines outside the court on Friday.

One was believed to have had a heart attack, a hospital official said, and the other died as protesters attacked police buses being used as a barricade. A third protester, a man aged 74, suffered a heart attack and died on Saturday.

Park’s dismissal marked a dramatic fall from grace of South Korea’s first woman president and daughter of Cold War military dictator Park Chung-hee. She served as his first lady after the 1974 assassination of her mother.

Now, having lost presidential immunity, she could face criminal charges over bribery, extortion and abuse of power in connection with allegations of conspiring with her friend, Choi Soon-sil. Both women denied wrongdoing.