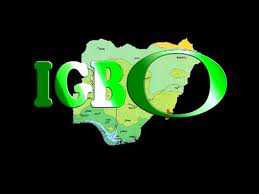 The South East Peoples Assembly (SEPA), yesterday applauded the modalities
for the conduct of the proposed National Conference.
According to Dr. Ifedi Okwenna, SEPA national secretary, who issued the
statement, the body noted that the conference, will mark the beginning of
the last stage of our march towards a True Federalism; the only sure basis
on which Nigeria can remain united.
SEPA however stated that the conference has once again exposed the level
of marginalisation of the zone, as it would be coming with the least
number of delegates.
Also it noted that the zone would be coming with only five elder Statesmen
to be nominated by the President against six to seven persons from the
other zones.
Said SEPA: “We thank the President, Commander-in-Chief for this uncommon
political will and determination to convoke a National Conference despite
many distractions, booboo traps and land mines laid against him to ensure
that the proposed National Conference never see the light of the day.
“We believe that the unity in diversity can only be a source of great
strength if it is based on Justice, Equity and Fairness.
“We therefore urge Ndigbo to be prepared as always to actively participate
in the soon to be convoked National Conference.
“We however note like always, that the South East will again be coming
to this conference with fewer number of delegates because of its fewer
number of States.
“For instance, we noted that where other zones will be coming with between
18-21 nominees of the Governors, South East shall be coming with 15
delegates.
“Also South East will be coming with only five elder Statesmen to be
nominated by the President against 6-7 persons from the other zones. This
is inequitable, unfair and unjust.
“We therefore call on the Federal Government to take notice of the fact
that the use of State in those areas as bases for nomination has gross
disadvantage on the people of South East and as such should try to remedy
this disadvantage through other nominations to ensure that South East is
not disadvantaged at the National Conference”.
SEPA therefore opposed the recommended use of 75 per cent majority for
arriving at any decision at the conference.
“75 per cent or 3/4 is well above conventional 2/3 (66.67 per cent)
required for passage of any contentious issue and which is indeed an
International best practice.
“We therefore call on the Federal Government to direct that 2/3 majority
be used or on the alternative, allow the Conference to set its own rules
and regulate itself,” SEPA stressed.