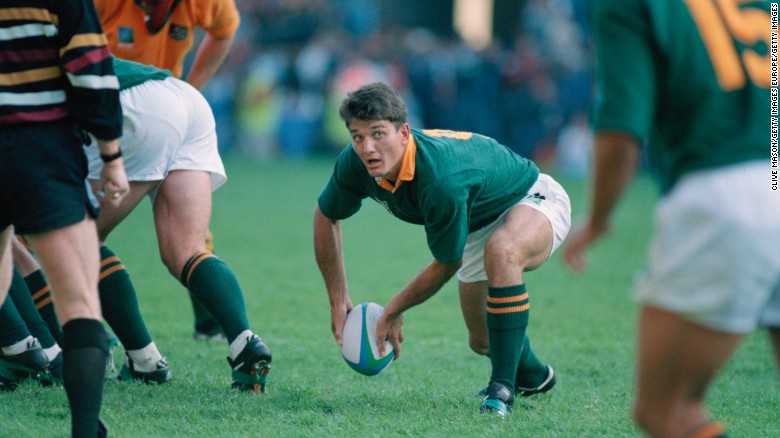 Baber: Fiji job ‘once in a lifetime chance’

Can you do the ‘Knuckey’?

The ‘Rugby Cranes’ on the rise

All the best action from the Cape Town 7s

The best action from the Women’s Dubai 7s

All the best action from the Dubai 7s

Bryan Habana: The excitement of sevens

Follow @cnnsport A public memorial service will be held for the 1995 Rugby World Cup winner on Friday at Loftus Versveld Stadium in his home city of Pretoria.

The South African’s foundation confirmed his death Monday. “He passed away in his home surrounded by his loved ones. He will be sorely missed,” the J9 Foundation said in a statement. Van der Westhuizen set up the charity after being diagnosed with motor neurone disease in 2011. Read More

“Joost will be remembered as one of the greatest Springboks — not only of his generation, but of all time” – Mark Alexander, SA Rugby. pic.twitter.com/xTRF8yHCpy

Also known as ALS (amyotrophic lateral sclerosis) or Lou Gehrig’s disease, it attacks nerve cells, causing the muscles they control to weaken and waste away. It causes sufferers’ ability to walk, speak, swallow and breathe to severely deteriorate. Van der Westhuizen was one of South Africa’s finest rugby players. “Joost will be remembered as one of the greatest Springboks, not only of his generation, but of all time,” South Africa Rugby president Mark Alexander said. “He also became an inspiration and hero to many fellow sufferers of this terrible disease, as well as to those unaffected. “We all marveled at his bravery, his fortitude and his uncomplaining acceptance of this terrible burden. “It’s a sad day for rugby in South Africa, and across the globe, as we say goodbye to a legend of the Springboks. Our condolences go to his family and friends at this sad, sad time.” South Africa’s sports minister Fikile Mbalula said Van der Westhuizen’s contribution to the national team was “immense.” “He leaves behind a generation of athletes who aspire for his legendary sportsmanship,” Mbalula said in a statement. “We draw lessons from his fighting spirit.”

Have your say on our Facebook page A scrumhalf, the father-of-two helped the Springboks win the World Cup for the first time. It was the first major sporting event to take place in South Africa since the end of Apartheid rule. The success was made into a Hollywood movie, “Invictus,” starring Morgan Freeman as Nelson Mandela and Matt Damon as Springboks captain Francois Pienaar.

Van der Westhuizen played in the final despite breaking a rib in the semifinal final over France. He made a crucial tackle on New Zealand’s giant try-scoring machine Jonah Lomu as his team went on to win 15-12 in extra time. Visit cnn.com/rugby for more news and videos Van der Westhuizen scored 38 tries in 89 appearances for the Springboks between 1993 and 2003, and was inducted into rugby’s Hall of Fame.