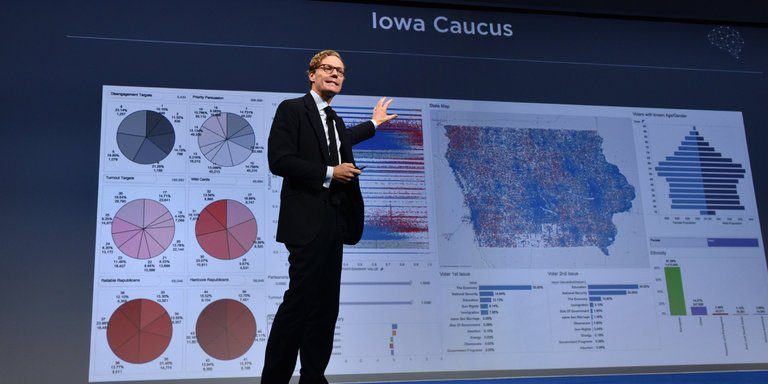 An advertising trade group that gave an award to Cambridge Analytica last year for its “big data” work during the 2016 presidential election is now urging marketers to reconsider the ethics of how consumer information is collected and used.

The trade group, the Advertising Research Foundation, said it was waiting for more information before formally rescinding the award given to Cambridge Analytica, the British political consulting firm that was recently reported to have improperly harvested the data of 50 million Facebook users. The revelations have brought intense criticism of Facebook, which is facing inquiries from lawmakers on both sides of the Atlantic around how it handles user information, and have many people taking a closer look at the role of data in online advertising.

"We’ve tended to assume that because you can do something, you should,” Scott McDonald, chief executive of the ad group, said in an interview on Tuesday. He added that advertisers had been more concerned with the accuracy and validity of data they received from technology companies than with asking whether they should be collecting that data and using it to target consumers in the first place.

Mr. McDonald addressed the Cambridge Analytica situation and the need for new guidelines during a speech on Wednesday morning at the group’s annual convention in New York.

Things were much different last year, when Cambridge Analytica won a gold prize at the foundation’s David Ogilvy Awards, which have been given annually since 1994. The firm was honored for its work for the Trump campaign, in which it identified and advertised to undecided voters.

The selection, made by a jury of ad industry leaders, was “very controversial because of the nature of the campaign,” Mr. McDonald said. But the ad group viewed itself as “Switzerland,” he said, and was simply conducting “a scientific evaluation of the quality of work.”

“Nobody had any idea the data might have been pilfered,” he said. Mr. McDonald said he planned to potentially poll the jury again and “see if the accusations are sustained” before officially stripping Cambridge Analytica of the award.

The existence of the award highlights the enthusiasm with which marketers have approached the reams of consumer data generated by digital devices and their belief that people are happy to share whatever information technology may be collecting from them.

The Advertising Research Foundation, which acknowledged that the United States may adopt new regulations on how consumer data is collected, said it planned to work with other industry groups to form new guidelines for collecting and protecting that information. Mr. McDonald said advertising had gone too far in viewing consumers as prey, noting that even the industry’s vocabulary had become militarylike.

“We talk about ad campaigns, consumers we target. We talk about subway takeovers, pop-ups,” he said. “These are fairly aggressive, and I don’t think we even think about it — they’re just embedded in the metaphors of advertising.”