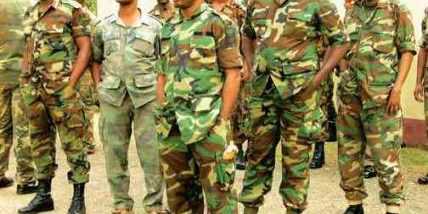 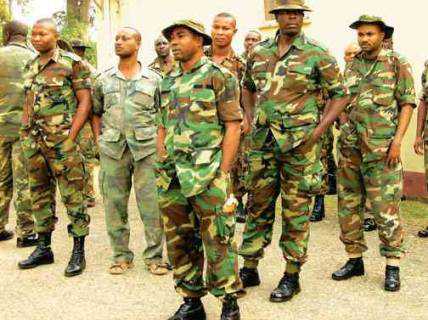 About 500 soldiers have fled the battle front in Bama after initially overwhelming Boko Haram militants who tried to take over the city earlier today.
Bama is the second largest city in Borno State, after Maiduguri, the state capital.

Saharareporters sources said the militants arrived in Bama as early 5:30a.m.but met stiff resistance from soldiers in the city.  As the battle drew into the evening, however, about 500 soldiers initially drafted in to fight the insurgents fled to Maimalari Barracks in Maid, with thousands of civilians fleeing the city.

Trouble started when an Air Force jet sent in to assist the ground troops bombed the Bama Barracks after civilians that had sought refuge there were sent away by soldiers who then abandoned their weapons and sought to flee with the civilians.  A few minutes later, the jet bombed the barracks, leading to casualties on the side of soldiers.

A military source told SaharaReporters tonight that Bama has become vulnerable and may be taken by the militants, who are believed to have gone for reinforcements.

Earlier today, over 50 militants were reportedly killed in fighting in Moraraba village, near Bama.  Hundreds of Bama residents were reported to have streamed into Maiduguri, where they are lodging in Mairi Day Government Secondary school on Bama Road.