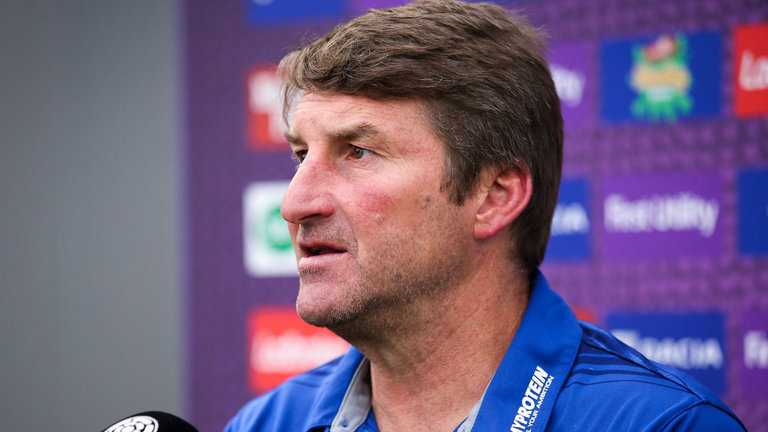 Super League’s longest-serving coach has issued a stark warning on the eve of the new season, claiming it will be the toughest ever.

Warrington’s former England boss Tony Smith says the whole structure of the domestic season has been “tipped on its head” in World Cup year and just hopes it is all worthwhile come December.

“I’m not looking forward to some aspects of this season,” said Smith, who began his coaching stint at Huddersfield in 2000 and is preparing to start his ninth season in charge of the Wolves.

“I think it’s as challenging as I’ve come across in the 16 years that I’ve been here in terms of trying to prepare a team for what’s ahead.”

While the Kingstone Press Championship gets under way this weekend, Super League clubs start a week later because of plans for an England warm-weather training camp in Dubai.

That camp, due to be held in the first week of January, was cancelled following complaints from a host of Super League coaches but the announcement came too late to alter the domestic schedule and clubs will be forced to squeeze in a second set of fixtures over the Spring Bank Holiday to make up for the delayed start.

The leading clubs also face disruption in May when England play an international against Samoa in Sydney, another key ingredient of coach Wayne Bennett’s plans to cause an upset at the World Cup Down Under at the end of the year.

“It’s certainly going to be a challenging season,” said Smith, who was England boss from 2006-09.

“I think the structure of the season makes it hard. Having two Easters over the season is going to have an impact on some teams – hopefully not mine – but I think it’s going to take its toll on many teams.

“We’ve also got a mid-season Test which will provide a big ask of our international players, having to travel to the other side of the world. In the past it would have been played in Europe which has an effect on them of one week.

“Travelling to Sydney and back is a big trip to make in what is already a rigorous season, along with having training sessions throughout the season with the national team, on top of what they already do at club level, so there are some huge demands and some huge juggling.

“I think there’s been some huge sacrifices being made for the international campaign, let’s hope it’s all worth it. The structure of our whole sport has been tipped on its head. I hope it’s for the right reasons.”

Warrington are expected to challenge for all the major honours in 2017 after picking up the League Leaders’ Shield and finishing as runners-up in both the Grand Final and Challenge Cup final last year, but Smith believes the domestic upheaval adds to the uncertainty.

“We’re very proud of what we did last year – we weren’t far off all three available trophies – but we can’t take anything for granted,” he said.

“There’s always a few surprises along the way. Who would have predicted what happened to Leeds last year? That’s the beauty of our sport, there’s always some twists and turns.

“Catalans are an unknown quantity to some degree because they’ve got a lot of fresh faces, Cas have recruited well, Salford had a strong hit-out against a strong Hull team at the weekend.”