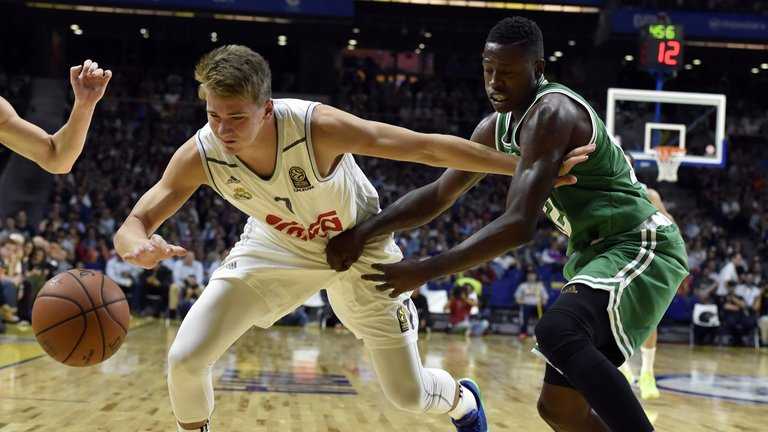 We are heading to the end of the regular EuroLeague basketball season on Sky Sports and you can watch the latest tip-off between table-topping Real Madrid and 13th-placed Unics Kazan, live on Sky Sports Mix from 3.45pm on Thursday.

Instead of Cristiano Ronaldo, Gareth Bale and Luka Modric, Basketball equivalents will be slam dunking their way through some of Europe’s capital cities. The likes of Luka Doncic, Gustavo Ayon and Jaycee Carroll will be showing off their skills as the highest level of the European game is showcased.

The EuroLeague is a round-robin tournament – the 16 teams will be halved going into the play-offs before an eventual winner is crowned in April, 2017.

Real Madrid are not the only recognisable name – Barcelona, Galatasaray, Olympiakos and CSKA Moscow all have official basketball teams in the EuroLeague, too.