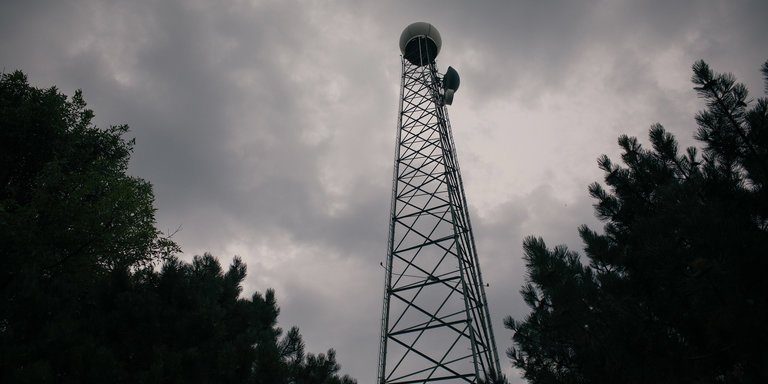 The internet lit up over the weekend after videos showed dozens of local newscasters across the country using the same script to criticize the news industry. The newscasters said they were “concerned about the troubling trend of irresponsible, one-sided news stories plaguing our country.”

The statements were part of a promotion that stations owned by the Sinclair Broadcast Group were required to deliver. The promotions, highlighted by the websites Deadspin and Think Progress, led to concern on social media about how the company wields power over its news broadcasts.

Read more about the promotional script.

President Trump went to Sinclair’s defense on Monday, posting on Twitter that the company’s stations, which often run commentary that is favorable to his administration, are more reliable news sources than CNN or NBC.

The back and forth has put a focus on Sinclair’s size and how it handles local broadcasting — reigniting a debate that has been going on for more than a year.

Last year, Sinclair announced that it would buy Tribune Media for $3.9 billion. If the deal goes through, Sinclair, already one of the largest owners of local news stations in the country, will become even bigger. It could wind up with more than 200 stations.

The deal was made possible partly because the Federal Communications Commission under the Trump administration has been relaxing or eliminating a number of rules for broadcasters, including one that limits how many local news stations a single company can own.

Read more about the deal.

Concerns About the Deal

Free-speech advocates and many Democrats said that allowing a company like Sinclair to own so many stations would hurt consumers, by limiting the diversity of news. The New York Times wrote last year:

The company has a history of cutting staffs and shaving costs by requiring stations to share news coverage, in that way reducing unique local content. And it has required stations to air conservative-leaning segments, including law-and-order features from its “Terrorism Alert Desk,” as well as punditry from Republicans like Boris Epshteyn, a former surrogate to Mr. Trump, who was still seen visiting the White House after joining Sinclair.

Read more about the deregulation.

Despite all of the regulation relaxation, the Justice Department is still wrangling with Sinclair over how many stations the company must sell for the merger to be approved. Opponents of the deal continue to worry that it would decrease both competition in local media and diversity in the perspectives that are broadcast.

Meanwhile, the F.C.C.’s inspector general is investigating the relationship between Sinclair and the agency’s chairman, Ajit Pai. The investigation will examine whether regulations were changed with the intention of benefiting the company.

Read more on the investigation.