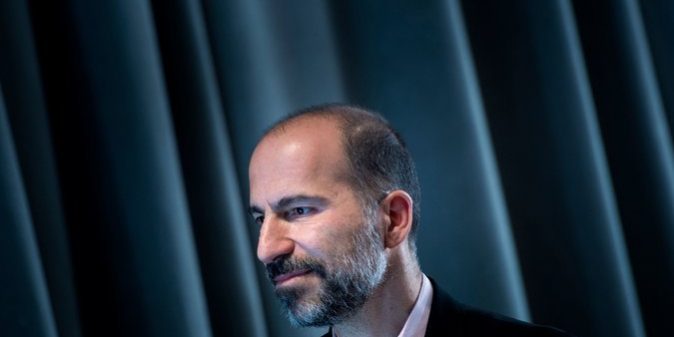 SAN FRANCISCO — Jason Pressman spent Thursday morning cheering from the balcony of the New York Stock Exchange as shares of the software firm Zuora, which he backed in 2008, began trading.

By the market’s close, Zuora’s stock had soared 43 percent, making his venture capital firm’s $17 million investment in the company worth roughly $150 million.

“Not bad at all,” Mr. Pressman said by phone on Thursday night, before heading to a celebratory dinner with about 60 people at a pricey Italian restaurant in Chelsea. Mr. Pressman, a venture capitalist at Shasta Ventures, said he had been up much of the night before but still expected to raise a few glasses. “I’m running a little bit on adrenaline.”

Mr. Pressman and many other Silicon Valley venture capitalists expect the windfalls to continue. Many of these investors, who back tiny start-ups with the hope that they will someday go public or be sold for nine- or 10-figure sums, have enjoyed enormous paper gains in recent years. But few have cashed in, because their fast-rising companies, like Uber and Airbnb, have remained private.

That finally may change. Investors, bankers and analysts said they expected a wave of initial public offerings to bring some of the most highly valued and recognizable start-ups to the public market over the next 18 to 24 months — and billions of dollars in returns to their executives and investors. The potential bonanza would follow years of waiting as a few dozen companies amassed valuations without precedent in the private market.

Already, 2018 has gotten off to a fast start. Two of the biggest start-ups still sitting on the sidelines — Dropbox, an online file storage company, and Spotify, the streaming music service based in Sweden — successfully went public over the past month. Tech I.P.O.s have already raised more than $7 billion this year — more than all of 2015 and 2016, and more than half the $13 billion they raised last year, according to the market-data firm Dealogic.

The bullishness is a far cry from 2017, when Snap, the maker of Snapchat, went public — and then promptly fizzled. Blue Apron, which delivers meal kits, also saw its share price collapse after its I.P.O. last year.

The tide has turned, venture capitalists said. “I talk to bankers all the time and they’re like: ‘Dude, we have stuff coming down the pike. There’s a bunch of offerings teed up,’” said Rob Hayes, a general partner at First Round Capital, who led a $1.5 million funding round in Uber in 2010 that valued the company at $4 million. Uber is now worth $68 billion.

Some of the biggest-name privately held tech companies have recently made moves that position them to go public in the next year or two. Dara Khosrowshahi, Uber’s chief executive, has said he plans to take the company public next year. Lyft has held talks with investment banks to explore going public. And Airbnb has begun bringing independent directors onto its board, a move that is typically part of the preparations for becoming a public company.

A wave of tech I.P.O.s would have implications for Silicon Valley’s start-up ecosystem. Once start-ups go public and their employees pocket some of the wealth, executives and engineers may leave with more resources to begin their own start-ups. That gives venture capitalists a fresh set of companies to invest in, renewing the cycles of innovation and experimentation that sit at the heart of Silicon Valley.

The I.P.O.s will also earn the venture capitalists big returns — and bragging rights. According to an annual ranking of venture capitalists by CB Insights, a research firm that follows start-ups and venture capital, many of the top-ranked investors backed companies with 2017 I.P.O.s, including the software maker MuleSoft; Stitch Fix, a mail-order clothing service; and Snap. (While Snap has struggled on the stock market, investors bought in at far lower valuations.)

At the top of the CB Insights list for the second straight year was Bill Gurley, a general partner at Benchmark, which was a Stitch Fix backer and one of the biggest investors in Uber. (Mr. Gurley became embroiled in plenty of drama with Uber last year, including filing a fraud lawsuit against its former chief executive, Travis Kalanick. Benchmark recently sold some shares of Uber to SoftBank, the Japanese conglomerate.)

Steve Anderson of Baseline Ventures, No. 2 on the list, also backed Stitch Fix. And Jeremy Liew of Lightspeed Ventures, who was No. 10, funded Snap, while his colleague Ravi Mhatre, No. 8, backed MuleSoft and Stitch Fix. (The list of top 20 venture capitalists is below.)

“Even though most firms have had fairly record numbers over the past four or five years, they’ve been paper numbers,” Mr. Gurley said. “At the end of day, cash-on-cash returns is what matters.”

While private capital has been so accessible that start-ups have been able to get ample funding without the headaches of an I.P.O., several factors are encouraging companies to go public now, investors and bankers said. Public investors are hungry to buy shares of fast-growing companies. Early employees are getting antsy to cash in their stakes. And some start-up executives are eager to prove themselves as public company chief executives after founders like Facebook’s Mark Zuckerberg and Twitter’s Jack Dorsey have said going public improved their discipline and focus on profits.

“At all levels, there are more and more companies who are thinking about should we go public this year or next?” said Noah Wintroub, JPMorgan Chase’s vice chairman of investment banking. “You’ve got an environment now that’s conducive to asking that question, and also a lot of companies that have scaled up to the point where they can go now.”

Matthew Kennedy, an I.P.O. analyst at Renaissance Capital, said nearly all private companies valued at more than $1 billion were strong candidates to go public in the next two years. He said he expected more immediate activity among midsize start-ups, such as Slack, the maker of corporate messaging software, which is valued at $5.1 billion, and DocuSign, an e-signature company valued at $3 billion that filed I.P.O. paperwork last month.

Once this generation of start-ups goes public, investors said, it will ease the anxiety of the wealthy families, pension funds and university endowments that finance the venture capitalists’ investment funds. Those so-called limited partners have been itching for their returns, venture capitalists said.

“They’re certainly eager for cash back,” said Mr. Pressman, the Zuora investor. An I.P.O. boon would be good for the venture capitalists, too.

CB Insights analyzed investors’ exits (I.P.O.s, stock sales and acquisitions) the value of their current holdings and other factors to rank the top 100 venture capitalists. The analysis spanned 2009 through March 2018. The New York Times presents the top 20 here: