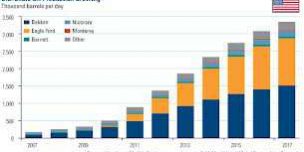 Royal Dutch Shell is to start the sale of $2 billion oil and gas assets in the Niger Delta in 2014 after weak refining margins and crude oil theft in Nigeria forced the profits of Europe’s largest oil company to tumble.The $2 billion Niger Delta assets, according to JP Morgan, is part of the $30 billion (£18bn) assets the company would sell off next year after weak refining margins and oil theft in Nigeria caused a sharp fall in profitsThe UK-based Telegraph quoted oil and gas analysts from JP Morgan Cazenove as saying that the oil giant would sell up to $30 billion (£18bn) of assets next year.They include oil assets in the Niger Delta worth $2 billion; a $7 billion stake in Woodside Petroleum, Australia’s second largest oil and gas producer; and other assets totalling $20 billion.The $30 billion disposal plan could be unveiled as early as January 2014, and would be the largest in the Anglo-Dutch oil group’s history.According to Fred Lucas of JP Morgan Cazenove, Shell’s guidance for capital spending implies at least $15 billion in asset sales during the next two years.“Yet without too much thought to portfolio stress, we can isolate almost double that figure of potentially non-core assets in Shell’s global portfolio,” he added.Retiring Shell’s Chief Executive Officer, Mr. Peter Voser, said: “We are entering into a divestment phase like we had a few years ago.”Voser, who steps down at the end of the year to be replaced by Ben van Beurden, said asset sales would allow Shell’s net capital investment, spending on projects adjusted for acquisitions and disposals, to fall from this year’s record $45 billion.“We are entering into a divestment phase like we had a few years ago. The net capital spending is considerably going to come down in 2014. We know exactly what we are going to do. Ben will introduce to the market new targets,” Voser had said at his company’s headquarters in The Hague.Shell’s Chief Financial Officer, Mr. Simon Henry, said Shell would be investing in projects from Brazil to China and plans to sell production assets in Nigeria, the United States, and possibly some other regions, along with interests in refineries and retail.Voser, 55, a Swiss national and an economist by training, is retiring 31 years after first joining Shell. Since his appointment in 2009, he has overseen the completion of some of Shell’s largest projects.