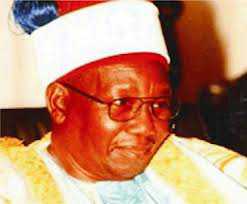 MAIDUGURI — The Shehu of Borno and Chairman of Borno State Traditional Rulers’ Council, Alhaji Abubakar El-Kanemi, has blamed the security challenges occasioned by activities of Boko Haram Islamist sect in the state on alleged marginalisation by Federal Government.

El-Kanemi said that Federal Government had marginalised the state for so long in terms of appointments at the federal level and provision of social amenities.

He spoke, yesterday, when he received members of the Presidential Committee on Dialogue and Peaceful Resolution of Security Challenges in the North, led by Alhaji Kabiru Turaki, Minister for Special Duties and Inter-Governmental Affairs, in his palace in Maiduguri.

He said: “It is unfortunate that Borno State has so many federal institutions such as the University of Maiduguri, Lake Chad Research Institute, Chad Basin Development Authority and College of Forestry in Baga town, among others, but none of the institutions is headed by an indigenous person.

The Shehu also lamented that Borno State, being a centre for Islamic knowledge, had experienced massive influx of Almajiris from different parts of the country in the name of acquiring Islamic knowledge.

He added that most of them were not properly registered or properly guided, which, according to him, had aggravated to the security challenges.

According to him, in recent past, between 10 and 20 trailers full of Almajiris “entered into Maiduguri on a daily basis to acquire Islamic knowledge.”

“Most of them do not have where to go to or specific Islamic scholar to stay with or either registered or documented which is unfortunate and will no longer be tolerated.”