Shapovalov: I am very lucky 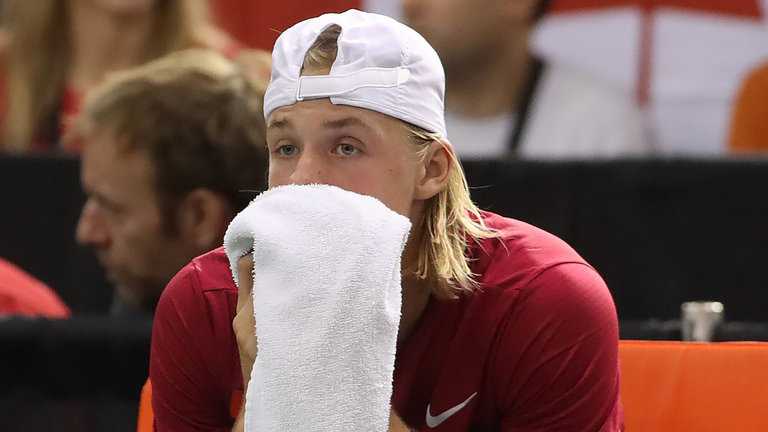 Denis Shapovalov says he would have struggled to forgive himself if umpire Arnaud Gabas had been seriously injured by the ball he accidentally struck him with on Sunday.

Shapovalov was representing Canada against Great Britain in the Davis Cup when he lost a point during a match with Kyle Edmund and angrily thumped the ball towards the crowd.

However, it smashed into Gabas instead, catching him on the eye, and the 17-year-old Shapovalov was immediately defaulted from the match.

Edmund had been two sets up in any case and his victory meant Britain won the tie 3-2, while Shapovalov was subsequently fined 7,000 US dollars (£5,623) by the International Tennis Federation.

Fortunately, although Gabas was left with a visible bruise, hospital checks showed no lasting damage to his cornea or retina.

“After everything had happened, I was in the locker room and I was asking if I could go see him, see if he was okay. I got a chance to talk to him and he was actually so good about it, which was very mature of him.

“It was such a stupid move for me to do something like that, and he was even joking around about it with me. He was saying things like I had the whole stadium, and that it was going to leave a nice mark. He told me he was okay.”

The reigning Wimbledon junior champion also expressed remorse at denying Edmund and the British team the chance to celebrate a more conventional victory.

“I also wanted to apologise to the British fans and to Kyle and the whole British team,” Shapovalov added.

“At the end of the day I was down a break in the third set and, if the match had continued I would have fought on, but the odds are that Kyle being the great player he is and being down two sets to love, I would have lost the match.

“I feel bad that I didn’t allow the British team to have the celebration that they deserved.”