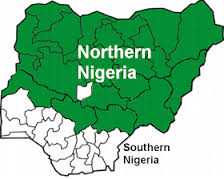 THE Alaafin of Oyo, Oba Lamidi Adeyemi, has appealed to  the United States (US) and other world powers not to abandon Nigeria in the ongoing war against insurgency.
He called for rededication in order to nip the global monster of terrorism in the bud.

Oba Adeyemi gave the remarks at a reception organised in his honour by the US Consul-General, Jeffrey Hawkins, and his family, at Ikoyi, Lagos.
The traditional ruler said it was only in an atmosphere of mutual co-existence, unity and understanding that whatever initiative introduced towards socio-economic and political development could have meaningful impact on the people.
He was particularly delighted that the US identified with Yoruba language and tradition, with 26 universities having Yoruba Language in their curriculum, while some Americans also come to the Yoruba Study Centre, University of Ibadan (UI), to study it.
“Not only that, in North Carolina, there are Yoruba-Americans with tribal marks who traced their roots to Oyo.
“Their traditional rulers are Yorubas and speak Yoruba fluently. It is not an over-statement that today, Americans use talking drums  to  pass messages across and even make meaningful proverbs. They have become part and parcel of Yoruba culture and traditions,” he said.
While thanking the Consul-General and the entire staff of the embassy for the honour done him, the Alaafin stressed the need for continued economic, political and cultural relationships between the two countries for the overall well-being of the citizens.
Responding, Hawkins described the Alaafin as a “versatile and foremost traditional ruler whose sense of commitment and passion for fraternity in human relations, justice, equity and cultural renaissance is second to none.”