Senator Ekweremadu insists on no referendum on confab, despite Igbo leader’s stand 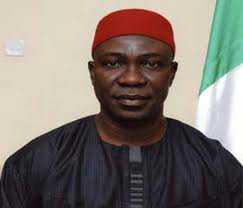 Senator Ike Ekweremadu, a lawyer and politician is the Deputy Senate President and Chairman of Senate Committee on the Review of the 1999 Constitution. Ekweremadu, who is representing Enugu West Senatorial District in the Upper Chamber of the National Assembly, in this interview, says it is critical to subject the National Conference to legislative process. The Deputy Senate President also speaks on the progress of work on the constitution amendment exercise, among other issues. TEMITOPE OGUNBANKE reports.What is your view on the issue of single term tenure?When the issue of single term tenure came up at the level of our committee, we were mindful of the political atmosphere. We also tried to draw inspiration from what happened in other jurisdictions, especially in Latin America in the 70s, where they had circumstances in which we found ourselves where the issue of transition from one administration was a major issue and was causing crisis within their region.So, they started to amend their constitution at that time to create a single term in each of those countries and it was for a transition period. This helped them to stabilise their democracy and now some of them are amending their constitution to go back to two terms of maybe four or five years. So, we thought it was something we can recommend to our country.Do you think Nigeria can benefit from it?If you look at what is going on in Nigeria now, all the core problems we are having in all the parties are based on the issue of succession. So, we believe strongly that, that matter can still be revisited. But I think some of the mistakes we made in our recommendations, was saying that the incumbent would not benefit from it and I think there was a kind of coalition of forces to defeat it. So, I believe that one of the ways to deal with the situation is for the stakeholders in the politics to come together. It could be a win-win situation for everybody. And I believe that the way it could work is now that people have been elected for four year.Now let everybody complete the four years tenure for which they were elected and then, through the doctrine of necessity, all sort of jurisprudential approach do some kind of transition of two years in which case those present occupiers like the president and state governors who are finishing their tenures, maybe, will now do another two years that would end in 2017.I hear that the complaint of some of those fighting the president is that if the president gets his second term when they are gone, he would start to chase them. So, if we all agree that, that is a way to solve the problem, after two years, both the president and those other governors will now exit and I believe that the fear would not be there and that would bring down the temperature of politics. Of course, we don’t have much problem with the legislative positions.We can go ahead and hold legislative election in 2015.